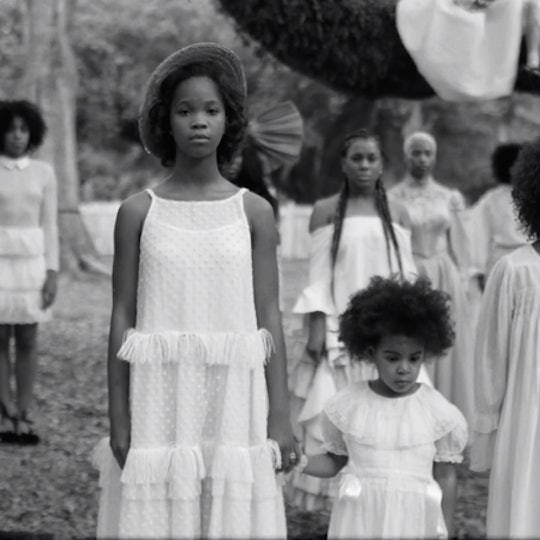 Is Blue Ivy In 'Lemonade'? She Makes A Number Of Appearances

The world can't stop talking about Beyoncé's incredible visual album Lemonade, and for good reason. Not only was it one of her most groundbreaking projects, but it also gave what seems to be an uncharacteristically intimate view into her private world. Although most of the buzz surrounds speculation over whether or not Jay Z was unfaithful, Lemonade also shows another important side of her life off-stage — as a mom to 4-year-old Blue Ivy. Is Blue Ivy in Lemonade? According to the Daily Mail, Queen Bey's little girl makes a number of appearances, both directly on screen and in throwback footage.

Even though Beyoncé hasn't confirmed that Lemonade is about her own marriage (some speculate, for example, that it's actually about her father, or that it's not about her life at all), seeing Blue Ivy throughout the album brought home how painful and courageous it must have been for Beyoncé to share that struggle so openly if she is actually telling the world that she was cheated on. Fans see Blue on screen with Beyoncé and Jay Z during her third birthday (complete with cake and party hats), playing football with her dad at the Superdome, and jumping on a bed in a hotel room. Seeing sweet shots of Blue's home life against the backdrop of songs that could very well be about her father cheating, her mother wanting to leave, and then her mother finding forgiveness makes Lemonade that much more powerful.

But home movies aside, Blue Ivy can also be seen in Lemonade in the company of a powerful squad of women who have cameos in the film, according to Us Weekly. Serena Williams, Winnie Harlow, Amandla Stenberg, Michaela DePrince, and Zendaya can all be seen in Lemonade, as well as Quvenzhané Wallis, who can be seen holding hands with Blue Ivy in one particularly powerful scene. Blue's grandparents, Tina Knowles and Mathew Knowles, can also be spotted separately in the film, and her great grandmother, Hattie White, contributes as well by reading a poem.

Even though it still feels like there's so much that's still unclear about Lemonade — including the massive speculation over who exactly Beyoncé is talking about when she sings about "Becky with the good hair," what does seem pretty clear is how important Blue Ivy is to Beyoncé's life, and also how important it seems to be to Beyoncé that she is raised to know her own strength. If Lemonade does tell the story of Beyoncé and Jay Z's marital trouble, then more than perhaps anything else, Beyoncé seems to be sending her daughter a clear message: be strong, know yourself, and follow your heart. And, perhaps, just as importantly, know that you are surrounded by other strong women who will support you and show you the way.

So, while Lemonade might be a story about love and redemption, maybe it's also a story about motherhood too. And that's something that a lot of women are going to relate to.