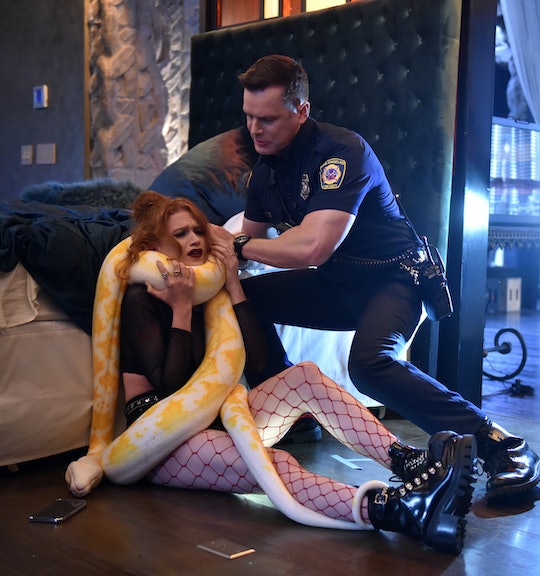 For Bobby that includes trying to help a woman escape a snake's chokehold, saving a baby that was flushed down a toilet, and, unfortunately, attempting to save a woman who wanted to commit suicide, but being unable to stop her. Based on the trailers for the series, it's clear that Bobby's work takes it's toll on him at times. He's seen talking to a priest about his work and the priest asks if Bobby ever considered doing a less stressful profession, but Bobby quickly says no because despite the difficult days, when he does get the chance to save someone's life, it's totally worth it.

However, that doesn't mean Bobby doesn't sometimes still need help to get through those bad days, but that's what his coworkers, and friends, are for. Working alongside Bobby are fellow firefighters Henrietta "Hen" Wilson (Aisha Hinds) and Evan "Buck" Buckley (Oliver Stark). The pair seem to help Bobby when they're out on the job and when the work day is over.

Besides following the life of Bobby, the show also focuses on two other leads. Athena Grant (Angela Bassett), is a sergeant police officer who may end up butting heads with Bobby at some point, based on the promotional photos for the series. At home Athena has other issues to contend with. Her husband, Michael (Rockmond Dunbar), will make a life-changing announcement in the pilot episode that will shock Athena. Whatever Michael's secret is, it could very well cause the end of Athena's marriage. And to further complicate things, it appears they also have a daughter together.

Also starring in the new series is Connie Britton, who plays phone operator Abby Clark. Not much is known about Abby except that she desires to learn what happens to the people she speaks to on the phone after she sends help. Perhaps Abby will make a career change at some point in the first season, or she'll become a bit too invested in the lives of the people she helps.

Outside of work, it looks like Abby is also taking care of a sick woman, who could possibly be her mother, though it's unclear. In the trailer the woman tells Abby from her sick bed, "He's not coming home. He's gone." It's uncertain who "he" is. It could possibly be Abby's father or her husband or someone else entirely. Whoever it is, there's obviously more to Abby's story that will hopefully be revealed in the pilot or as the season progresses.

So even though the show will focus on different emergency situations each episode, it really is about the emergency responders themselves and what their lives are like on a daily basis. From the good and the bad, 9-1-1 gives an inside (albeit fictional) look into the heroes who are the first to arrive at emergency situations.

You can check out the first episode of the new series when 9-1-1 premieres on FOX this Wednesday, Jan. 3 at 9 p.m. EST.