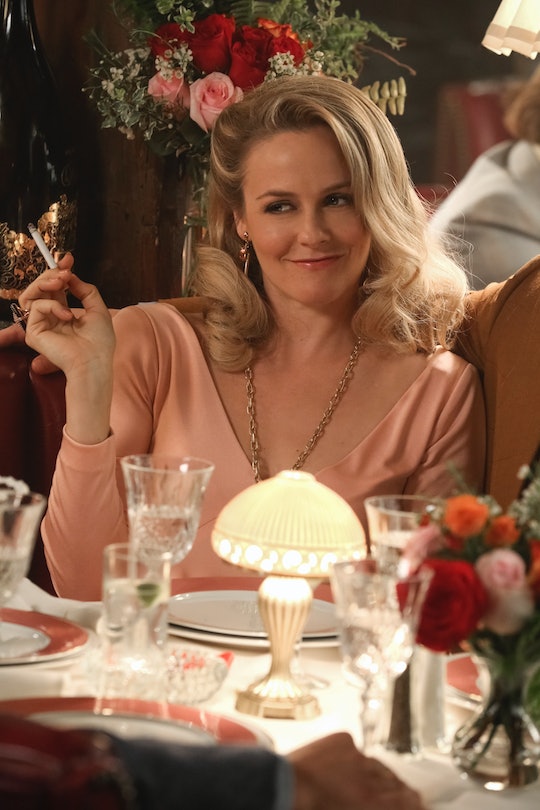 Yes, 'American Woman' Is Based Off Of A Real Person

Kyle Richards’ new show, American Woman, just premiered on the Paramount Network, and for fans of The Real Housewives of Beverly Hills, the show couldn’t come fast enough. It is loosely inspired by Richards’ own childhood in Los Angeles, where she grew up as a successful child actor. The character’s on the show are delightful, but it’s Alicia Silverstone’s character, Bonnie, that has everyone talking. Is Bonnie Nolan based off a real person from Kyle Richards’ life, or is she purely a fictional character?

While the character of Bonnie Nolan is a fictional one, parts of her story were inspired by a real person. In an interview with People, Kyle Richards, the executive producer of American Woman, said that the show itself was inspired by her late mother, Kathleen Richards, who she lost to cancer in 2002. She said that her mother, who inspired the character of Bonnie Nolan, was a single mom in the 1970’s and had to find a way to make her way forward after her divorce. She told the outlet:

“I was inspired by my mom, being a single mom in the ’70s. It was a crazy, fun, reckless time. But it’s not based on my actual life.”

In an interview on Megyn Kelly Today, Kyle revealed that when her mother found out that her husband was cheating on her she suddenly became single, and had to figure out how to do everyday things like managing the household finances and budgeting checkbooks. She said that her mom pushed her to be independent from the age of 10, so that she would never be in the same position as her mom:

“She opened a checking account for me. She wanted me to take control and learn from a young age how to look after myself, because she didn’t like finding herself in that position in the ’70s. It’s not easy being a single mom, whether you’re in the ’70s or today.”

It was the strength and confidence that her mother instilled in her that inspired her to create American Woman. Kyle told Kelly that her mom exuded a strong and confident attitude at a time when women were not supposed to be opinionated and strong. After her mom passed, Kyle said she reflected on her childhood and her mother, and was inspired to write the show. She told Kelly:

“I did not have a conventional life growing up at all. In addition to being a child actor, it was just a very different upbringing. When my mom passed away, I was reflecting on her and I love to write, so I would write stories about her and growing up. I thought, ‘I really want to make this into a TV show one day.’ And here we are.”

Although the character and show are loosely based on Kyle’s mom and their relationship, much of the story and characters are purely fictional. She told Kelly that the show is no way autobiographical, but is more of a “love letter” to her mom:

“My mom was a very strong, outspoken woman and in that time, women weren’t supposed to be like that,” she said. “Now it’s like, ‘boss lady’, that’s a term now. But in the ’70s, if you were strong and opinionated and outspoken, it was looked down upon. And my mom was that woman, very strong.”

After watching the premiere episode of American Woman, I can’t help gush over my beloved Clueless actress even more. Alicia Silverstone plays Bonnie Nolan flawlessly, and she’s a gem to watch along with the rest of the cast. I have to say that Kyle’s passion and creativity really paid off, and I can’t wait to see what’s in store for the rest of the season.

You can catch new episodes of American Woman on Thursdays at 10 p.m Eastern time on the Paramount Network.