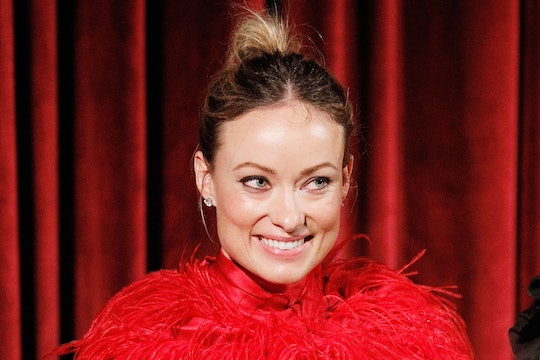 Here's The Real Story Behind 'Booksmart'

Molly and Amy have always played by the rules, but on the eve of their high school graduation the two friends realize something horrifying: Other students did just as well — with half the work. The two decide to rectify their mistake in one night of partying and trying to catch up on missed mischief. This sounds like it really could have happened, so is Booksmart based on a true story? Olivia Wilde's directorial debut is winning raves for its real and heartfelt take on teens, but that doesn't necessarily mean it's a true story.

As Refinery 29 reported, the new movie has captured a lot of attention for the fantastic performances of the two leads, Beanie Feldstein and Kaitlyn Dever. Plus, there's the deft directing of A-list actress and mother, Olivia Wilde, who went behind the camera for the first time for the project. Though you might really think (or hope) the story is based on someone's actual memoir, the script is, in fact, fiction, as far as anyone knows. In fact, it was written by four female writers over time, the website added.

As for the first-time director, Wilde noted to London's Guardian newspaper that it had always been a wish from the time she started making movies to get involved behind the scenes, but she needed to build up the confidence to dive in.

In terms of Booksmart, while it's not autobiographical, the star admitted her own experiences at ultra-competitive East Coast prep school Phillips-Andover helped her understand the mindset of her ambitious and academic screen heroines. She added that what she was after was capturing "the exciting independence of youth... being young is the most painful and the most hilarious experience."

Following in the footsteps of such character-driven dramas as Ladybird (which, naturally, also starred Feldstein, as per movie website IMDB), Booksmart also features characters who break out of the straight-white-male perspective that used to rule the teen screen scene (and which used to drive me bananas, as a fan of coming-of-age films).

In fact, with two female lead characters, one gay, one straight, viewers of the movie are rejoicing at getting to see the variety of the real teen world coming to the screen.

Wilde told Vanity Fair that she sees the film as an accurate depiction of Generation Z, an age group whose early years have been defined by cultural unrest and extreme partisan politics.

“[They] realize the significance of their voice and incorporate politics into their day-to-day life. Their identities are political statements in many ways, and I’m very inspired by their fearlessness, and their fluidity," Wilde noted to the magazine.

And while I for one would be seeing this film anyway, if only for the buzz, there's always the argument that the only way to create parity in industries such as Hollywood is to buy tickets to films made by diverse filmmakers.

"The only way we're going to make any headway as female directors in this industry is if more people take risks on new talent,” Wilde, mom of two kids with actor Jason Sudeikis according to the Guardian, told VF. (Sudeikis also appears in the movie, as per IMDB.)

"....For more female directors to have their films greenlit, they're going to have to have someone see them, and their passion, and their skill, regardless of their resume," continued Wilde to the magazine, clarifying that she would also like to continue acting even as she works on her next directing project, a female buddy comedy.

I honestly can't wait to see this movie.