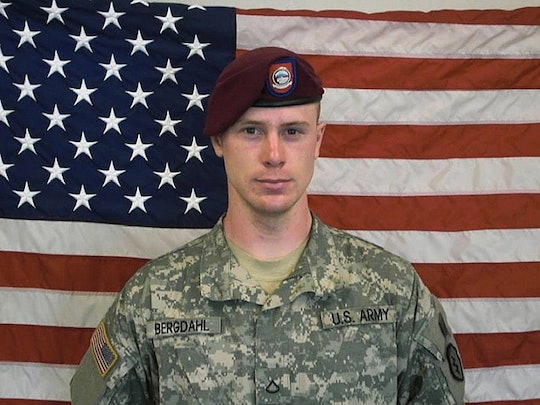 Is Bowe Bergdahl Still in the Army? There's A Short & Long Answer

Season 2 of the wildly popular podcast Serial, hosted by Sarah Koenig, centers around the case of Bowe Bergdahl, the U.S. Army Sargeant who was charged with "Desertion with Intent to Shirk Important or Hazardous Duty" and "Misbehavior Before The Enemy by Endangering the Safety of a Command, Unit or Place." So is Bowe Bergdahl still in the Army? The short answer is yes.

In June 2009, Private First Class Bergdahl left his post in Afghanistan without permission. This much he admits on the first episode of Serial Season 2 (available on iTunes or Serial’s website). Bergdahl claims that this was the only way to draw the attention of top-ranking officials to bad leadership in his unit, which he feared could lead to the deaths his fellow soldiers. Bergdahl was then captured by the Taliban and held for almost five years, during which time the Army promoted him regularly, according to CNN. He was promoted to the rank of specialist in June 2010, and then sergeant in June 2011. The Army’s reasoning for awarding the promotions during Bergdahl's captivity was that these promotions would presumably have come to him had he not been captured. In 2011, the Army said that if Bergdahl was ever returned, he would receive back pay for his time in captivity.

Bergdahl was released in May 2014 as part of a controversial prisoner exchange that freed five Guantanamo Bay detainees, but within hours, detractors were labeling him a deserter and a traitor. He was returned to active duty at U.S. Army Joint Base San Antonio-Ft. Sam Houston in Texas in July of 2014.

In March of 2015, the U.S. Army formally brought charges of desertion and misconduct against Bergdahl. At that time, the L.A. Times reported that Army spokesman James Hinnant said Bergdahl remained "on duty" and " not in pretrial confinement.” Whether that’s still the case is unclear; Bergdahl has stayed out of the public view ever since, declining to give any interviews until now.

In September, a preliminary hearing was held to decide if Bergdahl should face court-martial, receive jail time, or be discharged. After finding no evidence to support claims that Bergdahl had in any way colluded with the Taliban, Major Gen. Kenneth Dahl, who led the investigation into Bergdahl, testified that jail time would be "inappropriate."

In October, Bergdahl’s attorney, Eugene Fidell, said in a statement that Lieutenant Colonel Mark Visger, the hearing officer presiding over the case, “recommended that the charges be referred to a special court-martial and that Sergeant Bergdahl receive neither jail time nor a punitive discharge.” CNN reports that Visger’s word is not final; his recommendation may or may not be accepted as the case moves up the chain of command to General Robert Abrams.

After receiving increased media attention due in part to some shocking statements made by Donald Trump in November (which included a “shooting him in the head” gesture, super classy), Bergdahl’s legal team made a motion with the U.S. Court of Appeals for the Armed Forces requesting an expedited hearing, saying that his right to a fair trial was now in jeopardy. If found guilty, Bergdahl could face life in prison.