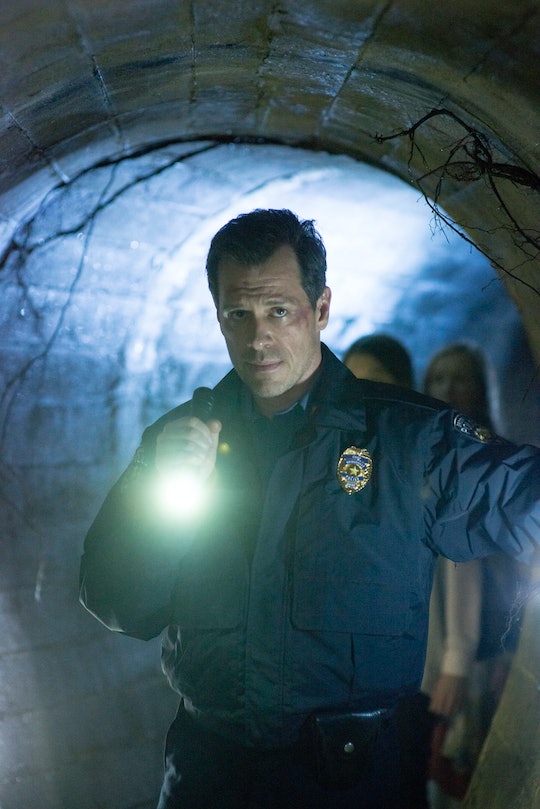 'The Mist' Setting Creates A Chilling Atmosphere For Fans

After a 2007 film adaptation, Stephen King's 1980 novella The Mist is getting the TV treatment in a 10-episode series from Spike premiering this month. The sci-fi thriller follows a strange chain of events that take place in a New England town following a violent thunderstorm. A thick mist unlike anything anyone has ever seen before, inside of which seem to lurk hidden dangers, creeps into the town. People begin suffering brutal attacks and mass hysteria breaks out, leaving police, a nearby military base, and ordinary citizens to fight for themselves. So is Bridgeville from The Mist a real town?

Fans of the novella will notice that the name of the town has been changed slightly for the TV series from "Bridgton," which is what the town in Maine is called in King's version. That's because both are fictional towns. Bridgeville isn't a real place in Maine, but the New England setting is an important one to capture the creepiness of the spooky fog setting in on the heavily wooded town. In the novella, the story unfolds through the narrator, a resident of Bridgton, who gets trapped along with a bunch of other people in the town's supermarket and must figure out how to survive without being attacked by the creatures in the mist.

It looks like the TV series takes a slightly different tack. The show seems to more closely follow a local police officer, and the increasing conflict between the town's residents, police force, and nearby military presence on how to handle the mist. Rather than the whole show being about an escape from the supermarket, it looks like fans will actually get to jump around and see how the mist affects different parts of the town, like, for example, the local religious congregation who believes the mist is some harbinger of God's judgment. And instead of getting stuck in a supermarket, residents get stuck in the local mall, which actually has way cooler potential, as settings for post-apocalyptic horror go.

But the small-town New England feel that's critical to Stephen King's work stays intact in the show. According to the The New York Times review of the series premiere:

The town is a microcosm of the culture wars, and the mist, which by the episode’s end has asserted itself in brutal fashion, will no doubt both clarify battle lines and dissolve them as the series moves along. This is of course a classic formula, in King tales and in general. It requires a lot of stereotypes about small towns and the prejudices that abound in them, and 'The Mist' (which was created by Christian Torpe) doesn’t seem as if it intends to freshen those conceits.

You can catch the series premiere of The Mist Thursday, June 22 on Spike.