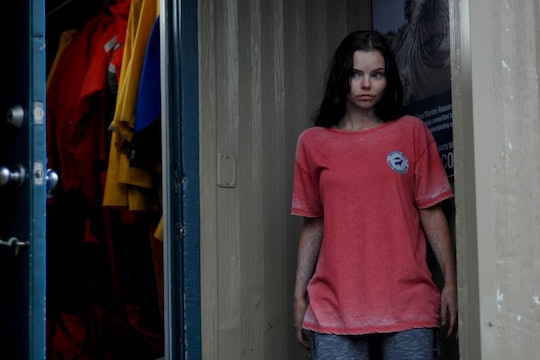 Freeform's newest series, Siren, takes place in a coastal town called Bristol Cove, which was once known for being the home of mermaids. Although mermaids are fictional (or are they?), some fans might want to know if this magical location really exists. So is Bristol Cove from Siren a real town?

There are actually a number of towns called Bristol Cove throughout the United States. There's a Bristol Cove in New York, Florida, and California, however, none of these seem to be anything like the place portrayed on Siren, so it seems unlikely the show isn't based on any one of these specific towns. But if you decide to pay any of these Bristol Cove locales a visit, don't expect to actually run into any mermaids.

The series stars Eline Powell as Ryn, the mysterious girl who ends up in Bristol Cove and who turns out to be a mermaid. However, similar to Ariel in The Little Mermaid, it seems Ryn has lost her voice for some reason, which makes communicating rather difficult. Although in a sneak peek TV Guide shared, Ryn still has the ability to hiss at people, though I'm not sure if that's a good or bad thing. Either way, it's clear that Siren will be dark tale unlike anything fans have seen before.

The series also stars Rena Owen as Helen, the town's resident mermaid expert; Alex Roe as Ben, the man who discovers Ryn; Fola Evans-Akingbola as Maddie; Sibongile Miambo as Donna; and Ian Verdun as Xander. Based on the trailer, it's obvious Ryn isn't a fragile mermaid that needs saving, though. She's seen killing a man who attempts to assault her in his car and it's possible that she's the creature that has the inhabitants of Bristol Cove worried about what's in the water.

So should Ben take Ryn back out to sea or can Ryn be trusted? That appears to be the biggest mystery of the series, along with what brought her to land in the first place. Perhaps it's the capture of Donna, another mermaid. In photos from the two-hour premiere, Donna is seen swimming in a tank while being watched by a mysterious man. Maybe Ryn is on a rescue mission and her plans for Bristol Cove aren't all that nefarious after all. It's truly hard to say at this point, but one thing's for sure — this show definitely seems interesting, but will it last?

Siren is the most recent of Freeform's new line-up as the network continues to find its footing, especially after the end of its most popular series, Pretty Little Liars and Switched at Birth, as well as the impending end to another hit series, The Fosters. Freeform, which is geared toward young adults, has branched out more into fantasy and sci-fi with shows like Shadowhunters and Beyond, which are now in their third and second seasons, respectively. However, the network has also had a number of misses in the past year, including Recovery Road, Guilt, and Dead of Summer, all of which only lasted one season.

Thankfully, it doesn't look like that'll be the case with Siren. Not only has it gotten good reviews, it's already developing a fan base, especially after the pilot episode aired at WonderCon. Thus, the show is already on good footing and once it actually premieres it will probably continue to gain popularity and may even become Freeform's next biggest hit.

You can see Siren when it premieres on Thursday, March 29 at 8 p.m. on Freeform.