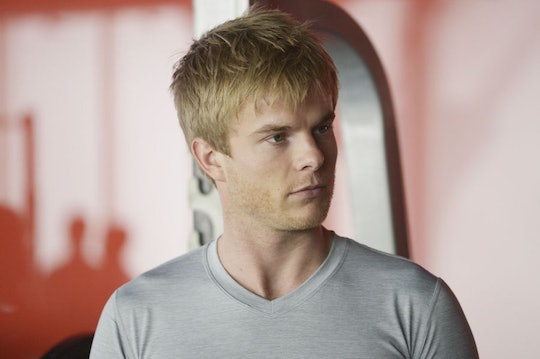 Is Caleb Working With Shelby's Sister On 'Quantico'? He Is Definitely Up To Something

I can't really keep up with Caleb Haas and Mark Raymond. There are a few options as to what Caleb is up to. The first is that he is Caleb Haas, and working as Mark Raymond to bring down a cult. That's the option I think most would prefer, because that would mean that he's hasn't lost it. The other option is that he has reverted back to his alter-ego days, taken on the identity of Mark Raymond, and started helping Shelby's sister with cons that could hurt her.

In the winter finale, we saw that Caleb (as Mark Raymond) entered the bank — and the temporary FBI command center — months before the second bomb went off. It was suspicious, to say the least, but felt like too big of a red herring to believe that Caleb was actually behind the second bombing that killed a ton of agents (and his father).

So, is Caleb actually working with Shelby's sister, or is he just working to keep Shelby protected from someone who scammed her out of $5 million? I'm leaning toward the latter because it seems like Caleb has a strong head on his shoulders. Although he had a difficult past, he never seemed to be one to hurt Shelby. If anything, Caleb was pioneering Shelby to kick her sister out of her life.

I think that Caleb probably has another plan to get Shelby's sister out of her life completely, which is why he met with her. The only problem now is that Will, the older NAT, is following Caleb, which could cause some unnecessary confusion in the future.