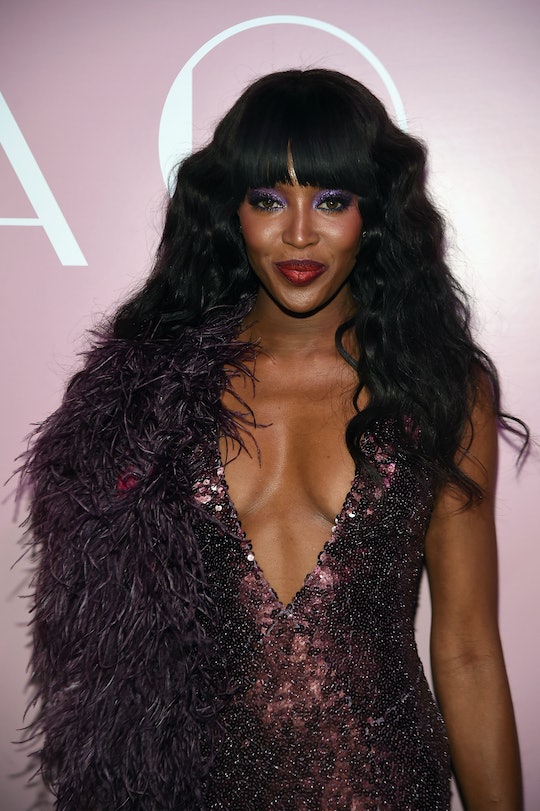 Just two episodes after Naomi Campbell triumphantly returned to Empire as Camilla Marks, it would appear as though we're already saying goodbye. After a long con involving the seduction of, and subsequent marriage to, power lesbian/investor Mimi Whiteman — who happens to be dying of cancer — Camilla got a seat on the board of Empire and reinstate her beloved Hakeem in a seat of power. It doesn't come as much of a surprise, but Camilla finds herself in over her head, and on the other side of a gun pointed by Lucious — but is Camilla really dead on Empire?

Here's what we know. First, Camilla was getting just a touch fed up with how long it was taking Mimi to die, plus, Hakeem — in a master moment of manipulation — sent Mimi a recent sex tape of him and Camilla to convince her to revoke Camilla's significant privileges and power at Empire. Not to be outdone after all her hard work, Camilla kills Mimi in the bathtub and stages it to look like a suicidal drowning. But Lucious is lurking around wearing a very sinister-looking fedora, and films the entire encounter, apparently unnoticed.

He ultimately reveals himself to Camilla and presents her with two options at gunpoint: drink the same poison she gave Mimi, or go to jail based on the evidence he filmed of Mimi's murder. Of course, he could also just shoot her, but that would be messy, and Lucious doesn't technically want any blood on his own hands. Camilla drinks the poison, but we don't actually see her die, and, as we all know by now, not even seeing can be believing on a show like Empire. Cheers, Camilla.

Showrunner Ilene Chaiken assures us, however, that we're supposed to believe our eyes. "We can assume [Camilla is] dead," she told The Hollywood Reporter. "She drank the poison."

Chaiken has also expressed a desire for the second half of Season 2 to refocus on the Lyon family and its dynamics, so the double murder of Mimi and Camilla effectively pivots the plot away from flashy guest stars Marissa Tomei and Naomi Campbell. But how will Lucious regain his seat on the board? Hakeem was willing to set up and betray Camilla, but will he be okay with his dad murdering her? Or, will Lucious keep his plot a secret and shrug it off as a suicide to his family as well as the cops? In true Empire fashion, the death of a major character always raises more questions than it answers.