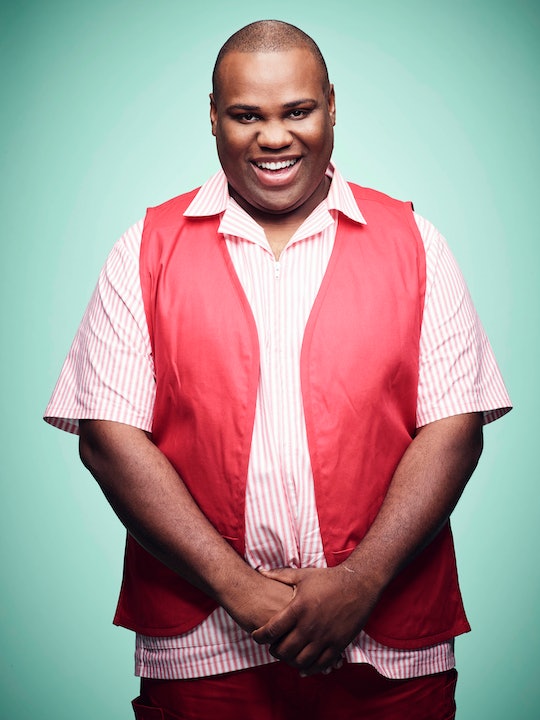 Is Chamberlain The Green Meanie On 'Scream Queens'? This Theory Has Some Serious Merit

Scream Queens Season 2 is underway, so let the theorizing the killer's identity commence! It's still early, so there's not enough information to necessarily point to any one character, or to rule anybody out. No, not even Hester even, though she's been locked in a cell for the first part of the action. Reddit, as usual, is already on the case, and has come up with a potentially brilliant theory about the culprit, who you might not even suspect yet — the candy striper. But, is Chamberlain the Green Meanie on Scream Queens? He absolutely could be.

Chamberlain is introduced in the first episode of the season as "your friendly neighborhood candy striper." Chamberlain works in the hospital for free in a job with little to no actual use, as he is unqualifiedly terrible at cheering people up. As he approached their first patient, not-so-affectionately nicknamed "Werewolf Girl," Chamberlain calls her "Hairy Mary" and hands her a bouquet of razors and a lollipop she can't possibly eat as it would be immediately covered in her own hair. Perhaps he's just socially inept, but it's definitely possible that there's something more sinister afoot. After all, he was the only other witness to the first murder, but all he claimed to see was Chanel Number 5 alone, post-werewolf-decapitation.

According to Redditor Uber-A, "Also, "Chamberlain will be down in an hour." One hour later, the killer arrives... Then (off screen, AND not witnessed by #5) Chamberlain somehow scares the killer off... Get exposed, Mr. Candy Striper." Now, this is some pretty compelling circumstantial evidence right there. Chamberlain is certainly a mysterious character, as we know basically nothing as of yet about his motivations. Why is he working at C.U.R.E at all? Why is he working for free? Why is he cozying up to Zayday?

If we're thinking logically, we can already eliminate a few people as suspects. Those would be Chanel Number 5, as she was already a peripheral victim of the Green Meanie, Dean Munsch, who was attacked but escaped, Chanel Number 3 and Cascade, who walked in on the attack, and Hester, who has been in prison during the first killings. Of course, if there is more than one killer, like the last time, one or all of these people could be implicated.