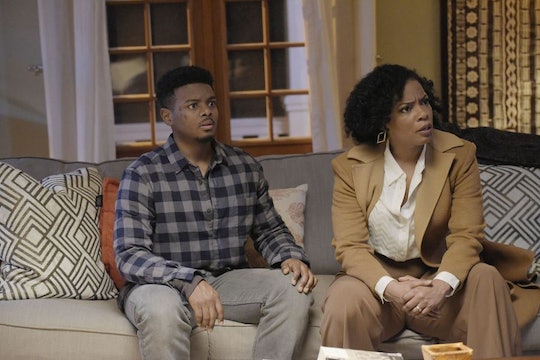 Is Charlie Dead On 'Quantico'? His Future Is Unknown

Since the winter finale of Quantico, there has been build up of something bad happening to Charlie, Miranda's son. From what we knew — and that wasn't a lot — it seemed that Charlie, the once dangerous potential school shooter who was sent away by his mother for his potentially illegal and terrible actions, was working with a terrorist cell. On Sunday, we learned that he was — in a way — and it led to a deadly showdown that might have left Miranda's son dead. So, is Charlie dead on Quantico? His future is still up in the air.

On Sunday, Miranda's concocted plan for Raina to infiltrate the terror cell that Charlie might have been working with came to a head. There was an attack on Quantico in which a terrorist cell ambushed the entrance of the agency's training centers and began an attack that would lead to many casualties. All of the guards were killed in the initial ambush, but none of the main characters that we've grown to follow were killed. But, due to the attack, the truth was revealed by Miranda, and Nimah finally learned that her sister was going undercover for Miranda to learn more about the people Charlie might have been working with.

As it turns out, Charlie was working with the cell. His character has always been tough to read, and this week was no different, as his explanation of his involvement was rather vague and noncommittal. Charlie tells Raina that he wasn't abducted by the cell, instead, he helped them with intel of the campus after his mom brought him there for a lesson. It seems he didn't know the extent of what they were going to do with the information, but that ignorance and fear didn't come out until he, Miranda, and Raina were taken hostage by one of the cell's leaders at Miranda's home.

The terrorist essentially forced a gun into Charlie's hand as a swat and sniper team surrounded Miranda's house. He said that by killing Miranda, Charlie would prove to be a "true believer." Charlie ends up shooting the terrorist (only in the stomach) and begins freaking out about his future — prison. Miranda does her best to talk him down, but he is completely inconsolable, and will not get out of the range of the sniper's laser. To fix this, Miranda shoots Charlie — not fatally — but her shot acts as the first nudge in a potentially fatal domino lineup. The sniper outside shoots Charlie, immediately taking him down and leaving his fate unknown.

We learn at the end of the episode that Charlie has not died, yet, but he is in the hospital. I would say that because he didn't officially die in the episode, there's a chance that he could live. If he does, I would say that his future is probably going to be spent in jail, just like he feared.

The other option is that he does die. He has not been seen in the present day vignettes, and his death would certainly explain his absence. Then again, so would prison, so the jury is still out.