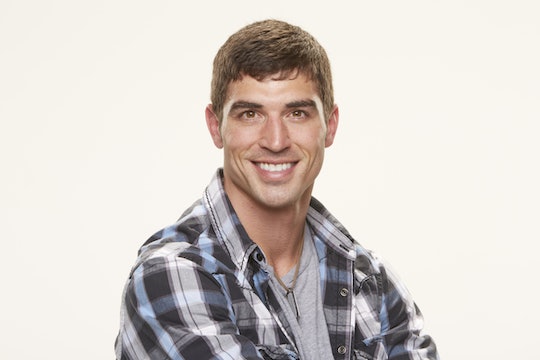 Cody Nickson May Have Found Love On 'Big Brother 19'

It's a known fact that the cast of Big Brother is typically filled with gorgeous men and women who usually end up hooking up in the house. It's partially why a lot of fans watch, to be honest. One of the hotties this summer is Cody Nickson. So is Cody Nickson from Big Brother 19 single? The 32-year-old is single at the moment, though it seems like that may have already changed.

Cody entered the house as a single guy but within this first week it looks like he's found himself in a showmance with Jessica Graf. She caught Cody's eye from the moment he entered the house and when she hugged him after he won HOH that basically sealed the deal. Since then, the couple have been spending most of their time in Cody's room and have even shared a kiss or two.

Though Cody is single, he's also a dad — a fact that wasn't made known to Jessica until recently on the live feeds. Cody has a five-year-old daughter and though he's no longer with the mother, they do get along, which is great for coparenting, not that Jessica was really interested in that. She was more just shocked by the revelation that Cody is someone's dad.

Jessica seems to have accepted the fact and moved on, but it's clear she was shocked by the news and that's not the only thing that Cody shocked her with this week. After Alex was able to win the power of veto and use it to pull herself off the block, Jessica, along with pretty much everyone she and Cody aligned themselves with, were shocked when Cody replaced Alex with Paul on the block. They were then doubly shocked when Paul revealed he won safety with his winnings from the Den of Temptation and Cody then proceeded to nominated Christmas for eviction.

Unsurprisingly, Jessica, along with almost everyone else Cody aligned himself with, felt betrayed that he would nominate Christmas without even discussing it with them, especially since she was on their side. Even so, it looks like nothing can come between Jessica and Cody as she's since jumped ship and agrees with Cody's decision to try and evict Christmas. Will they actually be successful though? Fans will just have to keep watching to find out.

Big Brother 19 continues on CBS at 8 p.m. ET on Wednesday, July 5 with the live eviction ceremony airing on Thursday, July 6 at 9 p.m. ET.