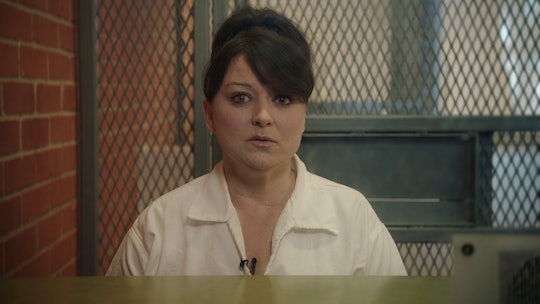 The Last Defense is a new ABC docuseries that takes another look at cases in which people may have been wrongfully imprisoned. One story explored on the show is that of Darlie Routier, who was arrested and convicted for the murder of her young son and sentenced to death. But is Darlie Routier still on death row?

Routier is still awaiting execution in Gatesville, Texas, according to the Rowlett Lakeshore Times, but there may be grounds for her case to be revisited. The first four episodes of The Last Defense recount what happened to Routier: in 1996, when she and her two young sons (Devon, age 6, and Damon, age 5) were attacked in an alleged break-in. Routier called 911 to say that an intruder had entered the home late at night and stabbed her and her children while they slept in the living room. Meanwhile, her husband and baby were asleep upstairs at the time. Both Devon and Damon died from their injuries, but Routier survived.

Many found Routier's behavior in the aftermath to be inappropriate, as she was filmed spraying silly string on Devon's grave on what would have been his seventh birthday. (Video was not shown of her more somber behavior at a memorial service before that.) She was later convicted of Damon's murder, though not of Devon's.

Lieutenant David Nabors, who is head of the Rowlett Police Department's Criminal Investigations Division, spoke with the Rowlett Lakeshore Times about the case in 2016. According to him, the evidence found at the scene was inconsistent with Routier's version of events. Two knives were found to have been used that night: a patio screen in the home had been cut open with a butter knife and the attacks carried out with a butcher knife. Both came from the Routiers' kitchen. As Nabors said:

Nabors also felt the blood evidence didn't add up. Routier said her throat was slashed as she lay on the couch, but there was no blood found there. Damon and Devon's blood was discovered on her clothing, and there was cast off on the back of her nightdress that investigators believed was a sign that she was wielding the knife. Cast off would result from stabbing and then drawing the arm back. There was also blood found at the kitchen sink, making it an alleged clean-up site. Nabors said, "The evidence kept pointing back to someone in the house. The evidence kept pointing back to her and her inconsistencies in her statements."

However, others felt that key evidence was ignored in favor of focusing on Routier as a suspect. Routier's wounds were assumed to be self-inflicted, but the cut on her neck was close to her carotid artery and required surgery. She also had defensive bruising on her arms that was never revealed to the jury during her trial, according to Rolling Stone. Evidence might have been contaminated as well: bloody clothing from Routier and the boys were placed in the same bag. The blood cast off theory also came from Tom Bevel, whose testimony has led to wrongful convictions in at least three other cases. A bloody sock later discovered in a nearby alley could have also pointed to an intruder.

Routier's motive for the murders was unclear, so the prosecution launched personal attacks that may have biased the jury, painting her as frivolous, greedy, and uncaring. The uncertainty of the evidence combined with the potentially unfair trial and added attention from The Last Defense could reopen the case. If that happens, then perhaps Routier's death row sentence could be overturned. Her story isn't over yet.