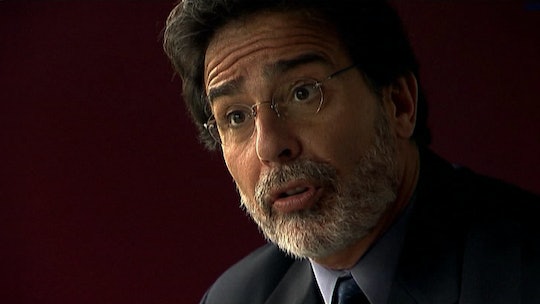 David Rudolf is a key player in the documentary series, The Staircase. As the leading attorney on Michael Peterson's defense team, he was always front and center in the courtroom, or on hand to field a phone call. Viewers got to see quite a lot of his professional life, but not much of his personal one. However, in his case the two are often combined: David Rudolf is married to Sonya Pfeiffer, who also works at his firm Rudolf Widenhouse.

Pfeiffer has had an interesting career path: she started off as a TV journalist before becoming an attorney and then branching out into gallery ownership. According to her LinkedIn profile, Pfeiffer has been working for Rudolf Widenhouse since 2011 and describes herself as "a committed criminal defense lawyer who vigorously represents her clients in both state and federal court." Like her husband, she chooses to focus especially on cases of civil rights violations and wrongful convictions. She is also the Vice President of Membership at the North Carolina Advocates for Justice, as well as a member of the Diversity and Inclusion Task Force.

Pfeiffer has tackled many cases for the firm, sometimes working alongside Rudolf, but cites her other careers as helping her succeed in law.

Prior to Pfeiffer's days as a lawyer, she worked as "an award-winning journalist and documentary filmmaker." On LinkedIn, she wrote that her years as a reporter gave her "a unique ability to tell each client's story in a compelling and persuasive manner." According to Raleigh & Company, Pfeiffer was actually one of many reporters covering the Michael Peterson trial, and it seems to be a strange coincidence that she ended up married to the main lawyer on the defense team. Pfeiffer shared what motivated her decision to switch tracks, saying:

My decision to pursue a law degree was related to my disillusionment with what was happening in local television news. I was disheartened by the lack of focus on quality content, and an increasing fixation on sensationalism. [...] I thought that getting a law degree would enable me to focus on legal reporting, so I could specialize and do more in-depth reporting, which I had previously done in Omaha and on Long Island.

However, involvement with the Innocence Project and other public defender groups made her decide to leave reporting behind for law. "I quickly realized there was a way to tell stories that made a real difference," Pfeiffer said, "and that was in the courtroom speaking on behalf of those who are marginalized too frequently."

In addition to working together in their firm, Pfeiffer and Rudolf own the Elder Gallery of Contemporary Art in Charlotte, North Carolina. In an interview with Art Guide Mag, Pfeiffer described what all her various career choices had in common: "the power of story." Being a journalist helped her learn the best way to convey information, which was helpful when it came to communicating her clients' stories in the courtroom. Though gallery ownership may seem like the outlier, Pfeiffer was able to tie it all together:

As a gallery owner and as a collector, I recognize that nothing connects a person more intimately to a work of art than understanding the story of the artwork. It may be the artist herself, and how a personal experience unfolded layer upon layer as she took paint to canvas; it may be the physical making of the artwork, and the effort or labor or circumstances under which it was completed; or it may be a time or place or event that inspired an artwork. Understanding the story of an artist, or an artwork, is critical to understanding the power of art.

It seems like Rudolf and Pfeiffer are partners in every sense.