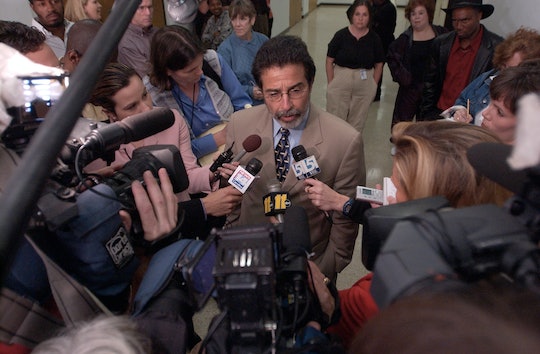 When watching The Staircase, viewers soon got to know every member of Michael Peterson's defense team, including attorney David Rudolf. In the series, Rudolf openly discussed how much the trial wore on him and it was clear the case had a huge impact on all involved. So is David Rudolf still a lawyer, or was the Peterson case his last?

Rudolf is still working as an attorney, and was even still defending Peterson in 2017 despite having removed himself from the case at least once since it began in 2001. And he was truly there from the very beginning: on his website, Rudolf said he was hired just a week after Kathleen Peterson's death, "when it became clear that the police believed Michael was responsible." Rudolf remained a part of the team throughout Michael's long trial and eventual conviction for Kathleen's murder; he also continued to work for Peterson throughout several failed appeals.

When talking to the Los Angeles Times in 2005, Rudolf explained why the verdict of the Peterson case made it so difficult for him to continue doing what he did. It diminished his faith in the justice system, because he believed in Michael's innocence despite his initial conviction for first degree murder.

It's just very difficult for me to have my normal energy and commitment and passion for what I do. I don't know honestly if I'll ever fully recover from it because it was just such a deflating moment. It made me so suspicious and untrusting of the system. I always felt like if I was able to just get in there and do what I needed to do, that logic and facts would prevail. I don't think that's what happened here.

Nevertheless, Rudolf did continue to work on the case until it became clear that another trial was definitely going to happen. In the mid-2000s, a blood analyst named Duane Deavers who had testified during the first trial was found to have misrepresented his qualifications, which meant Michael's trial might not have been fair after all. Michael was released and placed under house arrest while awaiting a new trial, though Rudolf was pursuing something called an Alford plea that would hopefully put an end to everything.

The Alford plea did not seem like a possibility at first, so the emotional drain of yet another trial led Rudolf to step away. But he was still invested in the case, telling the News & Observer that he might return to the team after all. "I spent a good deal of my life on this case," he said. "I'm very interested in it."

He did end up returning and securing the plea deal that allowed Michael to walk free. The Alford plea meant that Michael pled guilty to a lesser charge of manslaughter while maintaining his innocence at the same time. Though it seems contradictory, an Alford plea means that someone admits that there is enough evidence to convict them of a crime even though they claim not to have committed it. It was a loophole that gave Michael his freedom, though it was bittersweet because he has insisted from day one that he was not involved with or responsible for Kathleen's death.

Rudolf was working for the law firm Rudolf Widenhouse in North Carolina, though it seems as though their website is no longer active. What that means for his position in the firm is unclear. However, Rudolf was working with Michael as recently as 2017, and since The Staircase premiered on Netflix in 2018 he has been posting commentary on his website to go along with every episode. It seems like he's still an active lawyer, or at least still dedicated to the Peterson case.