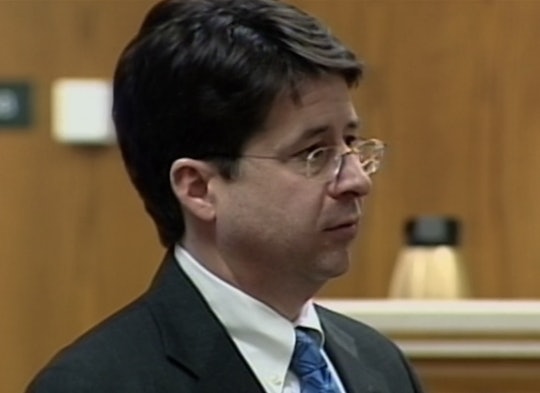 While you may not have watched Making a Murderer (at least not yet) chances are you’ve heard of it. The Netflix series explores the story of Steven Avery, a Wisconsin man who was exonerated in 2003 after serving 18 years in prison for a crime he didn't commit, only to be tried for murder four years later. Fans are addicted to the show itself, but some are talking about something, or someone, else — one of Avery's defense attorneys. And one of the big questions on those fans' minds is probably, Is Dean Strang married?

Well, I hate to burst your bubble #Strangers and devote members of the #StrangCore — a Tumblr page, and pseudo-subculture dedicated to all things Strang, especially his “normcore” fashion — but Defense Attorney Strang is in fact married... and has been for a few years. (Sorry!) Possibly making matters worse, Strang's wife reportedly thinks the obsession with her husband is “utterly ridiculous.”

While Making a Murderer isn’t, and shouldn’t, be about the attractiveness of Steven Avery's lawyers, viewers of the Netflix docu-series can’t seem to help but be captivated by Strang and fellow lawyer Jerome (Jerry) Bunting. You see, Strang has become something of a sex symbol. With his legal prowess and Stephen Colbert-meets-Steve Jobs looks, fans can’t stop fawning over the 52-year-old heartthrob. Well, all of his fans except his wife. When Slate asked Strang what his wife's response is to the, um, enthusiasm Making a Murderer fans seem to have for him, he said:

Surprised would be one word. It’s mostly that she can’t stop laughing about it...My wife finds this very, very hard to believe.

Fans aren’t taken the news that Strang is married lightly.

So what does Strang think of his newfound fame? Strang told Slate that even though “he's not on social media...he knows that people do have crushes on him, thanks to his recent interviews with the media.” But it seems he is happy with his “longterm girlfriend.” Whomp, whomp. Guess we will have to let our love of Strang go. OK, maybe not our love, just our wedding dreams.

That said, has anyone checked Jerome (Jerry) Bunting’s background? Maybe we all still have a chance?