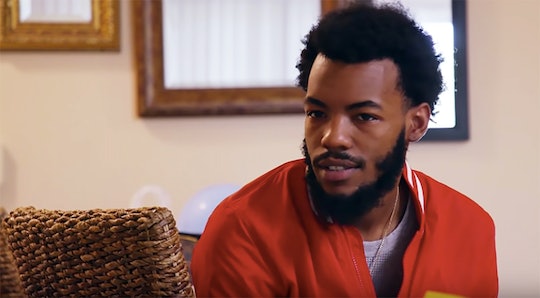 When Teen Mom 2 star Briana DeJesus gave birth to her daughter, Nova, she essentially was a single parent. This trend continued on for years because Nova's dad, Devoin, struggled with personal issues and financial problems. As for whether Devoin is in Nova's life today, Briana says he has stepped up for their 7-year-old.

Viewers have seen a new side of Devoin in Season 9 of TM2. Not only does the dad finally have his own apartment, but he's gainfully employed too. The best part? He is making a huge effort to make up for lost time with Nova, and he has developed a close bond with Briana's second child, Stella.

In light of Devoin's progress, Briana said she was open to Nova spending time at his apartment solo.

“I know he has a new apartment, and he’s been bugging me about [when I can] take Nova over there,” Briana explained to her sister in a recent episode, according to MTV. “I just don’t know. I guess time will tell and we’ll see, but if she really wants to go, then she can go… I think we’re putting our differences aside just for Nova.”

Aww. It's nice to hear that the exes have developed a co-parenting relationship after all of these years.

That all being said, trust doesn't develop overnight, and Briana is taking baby steps to incorporate Devoin into Nova's life. One option the mom is considering? Changing Nova's last name to match Devoin's. Briana brought up the idea to Devoin in Monday's episode of TM2, explaining that it was fair given that baby Stella has her dad's last name.

It goes without saying that these developments are great for Nova's well-being, especially for her confidence as a biracial girl. Briana touched on this issue in Season 8 of TM2, telling Devoin: “Nova's at an age in her life where she notices that she's black. She doesn't like her hair, she's upset about her skin color… if she was around your sisters [she] could see, ‘okay, they're the same color as me they have the same hair as me’... I would like for your family to try a little bit more."

Following Briana's chat with Devoin, he talked to Nova and assured her that her natural hair is gorgeous. The dad happens to be great at building up Nova's confidence, as evidenced by that heart-to-heart and an Instagram post he shared in September 2018.

"7 years In the book for this intelligent young lady," he captioned a sweet shot of Nova. Does anyone else love that Devoin used "intelligent" as an adjective to describe his little girl? It's clear the dad love and respects Nova.

Although Devoin struggled in the past with Nova, it's clear he's making an effort to be in her life today. I don't know about you guys, but I can't wait to see how their bond develops in future episodes of TM2.