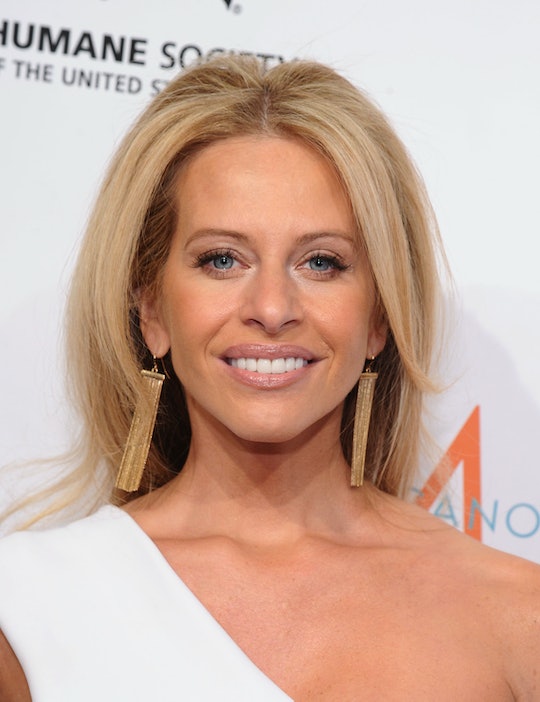 Is Dina Manzo Returning to 'Real Housewives'? Her Circumstances Have Changed

Dina Manzo's spotty attendance over the years on The Real Housewives of New Jersey is one of the great tragedies of that show. It's hard not to love Dina as a beacon of sanity in the hectic, table-flipping world of RHONJ; she always came off as refreshingly normal if a little eccentric, what with her gloriously goth decor and hairless cats. Dina's continued presence on the show has never been a guarantee; she could always easily decide that the show was no longer for her. Now that Season 7 is starting, it begs the question: is Dina Manzo returning to Real Housewives of New Jersey?

Unfortunately, Dina won't be returning for the new season, but it's not for any especially scandalous reason. She didn't get fired. She didn't get fed up and quit. It was just that Dina's circumstances changed and she was not longer able to stay on the show. She recently finalized her divorce from Tommy Manzo and decided to move across the country to Los Angeles. Considering she was no longer a New Jersey resident, it just didn't make any sense for her to continue on RHONJ. As far as reasons go it's a good one, but it's still pretty disappointing that Dina won't be back.

In an interview with Fox, Dina explained that she thought about returning even though it initially didn't seem possible. "Of course, they asked me back," she said. "I thought about it for a minute, and I thought 'How am I supposed to do this? I don't live there.' I have an apartment here in Manhattan but I don’t live in New Jersey, so I don't see how that could work."

It makes sense, and not just because of the distance. As fun as Dina is to watch, she never seemed totally at ease in the world of reality television, which was why she left the show in the first place after Season 2. She felt the cameras ultimately added too much stress to her daily life, putting a strain on friendships and family.

It wasn't what I thought I was getting myself into, and I realized that. I'm kind of the person that if it's not comfortable and it doesn't fit who I am, I walk. You have to be happy and if it doesn't sit well with your soul, you have to listen to that.

It's too bad that Dina doesn't seem to see a spot on the Real Housewives in her future, because a jump to RHOBH could be epic.