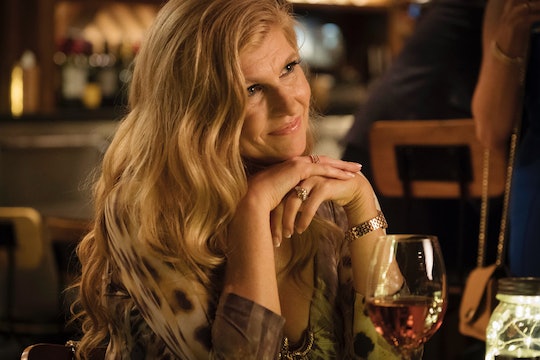 Bravo is trying its hand at a star-studded, scripted anthology miniseries, which has already been renewed for a second season, albeit with a completely different cast and plot. So viewers tuning in to the highly anticipated crime drama are probably wondering: is Dirty John based on a true story? In fact, it's based on a true crime podcast, based on a multi-part investigative journalism series published in the Los Angeles Times. So the horrifying details are very real.

The original story of John Meehan and Debra Newell was discovered, investigated, and reported by Christopher Goffard in a sprawling LA Times feature. The newspaper, in a collaboration with Wondery, adapted the series into a podcast hosted by Goffard that same month, which turned out to be wildly popular: it was downloaded over 10 million times within six weeks of release, according to Junkee.

Of course, not everyone was a fan of the podcast. In its review, Vulture argued that the podcast was flawed in its execution and reading the reported story was actually a much more compelling, satisfying experience. The review claimed that that podcast version of Dirty John was "disjointed" and "chunky," without making the best use of the archival and interview tape Goffard had gathered. Furthermore, the choice of music was cheesy and more befitting of a low-budget true crime show.

However, the fundamental story of a successful woman and mother to adult children who thinks she meets the man of her dreams only to find him... not that... remains unbelievably compelling. Enter Bravo.

The cable network is hoping to strike gold with an attempt to adapt the story into a different medium. And the deeply fascinating tale leaves plenty to be mined.

Newell's adult daughters (as well as her nephew) were always suspicious of Meehan and their doubts caused a rift in their relationship with their mom, which only exacerbated her isolation. In August of 2016, after Newell had finally escaped the relationship, Meehan confronted Newell's youngest daughter, Terra, in the parking lot of her apartment building and attacked her with a knife. She managed to grab hold of the weapon and stabbed him repeatedly in self-defense. He died from his wounds four days later.

Rounding out the cast of characters in Bravo's adaptation is Newell's mother Arlane, who, according to Bravo's synopsis, illustrates Newell's "fraught family history" and "provides insight into why she may have been so vulnerable to John in the first place." For more on how the gripping details of this story unfolded, you can tune in to Dirty John when it premieres on Bravo Nov. 25, or catch a sneak peek of the series premiere streaming on Bravo's website.