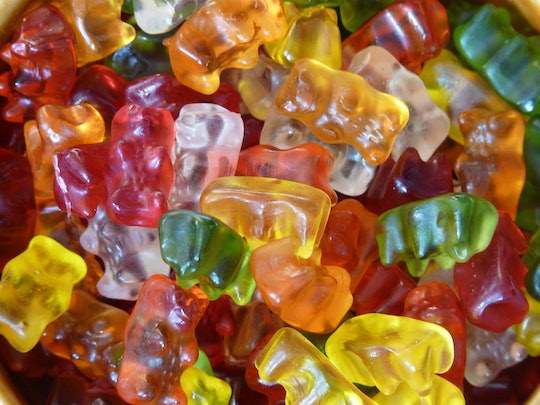 Is Edible Marijuana A Threat To Kids' Halloween Candy? You Should Take Regular Precautions

For parents who keep their kids' health in mind, candy corn — the quintessential Halloween candy — can seem like a dangerous enough Halloween treat, thanks to its high levels of sugar and the sometimes incredible quantities in which kids can consume it after trick-or-treating. But as medical marijuana becomes legalized across the United States, should parents be worrying about more than just high fructose corn syrup? Is edible marijuana a threat to kids' Halloween candy?

According to the Florida Sheriffs Association, yes. They believe marijuana-laced candy could potentially be mixed into children's Halloween treats in upcoming years, and they've asked parents across the state to keep an eye out for it. Speaking at a news conference hosted by the organization Don't Let Florida Go to Pot on Monday, Orange County sheriff Jerry Demings warned parents:

It looks like any other candy. Sometimes there's just mean-spirited people who infuse these type of products into our society to create confusion and injure our children and other people.

Some, however, are saying that the Sheriffs Association's press statement was simply a way to try to drum up opposition to Amendment 2, which would legalize medical marijuana in Florida and would require a minimum 60 percent approval rate from the state's voters in order to be passed.

"This argument that children are going to get a hold of edibles and it's going to cause them harm is absolutely absurd," Matt Morgan, an attorney and supporter of People United for Medical Marijuana, told Bay News 9 on Monday. "If one wanted to cause a child harm during Halloween, they could put rat poison in a Reese's Cup. Why would they give a child an edible lollipop as has been suggested by the No on 2 campaign?"

One recent study looked at children's unintentional consumption of marijuana in Colorado, and while the incidence of children ingesting marijuana did increase after Colorado's legalization of medical and recreational marijuana, children's consumption of it was often linked to the use of non-childproof containers or poor child supervision (on behalf of parents using the product) or product storage.

However, when it came to giving examples of other states experiencing marijuana-laced Halloween candy, Demings was unable to provide any.

Whether you think the Florida Sheriffs Association's concerns are legitimate, it's likely best to proceed with the same Halloween safety tips safety officials have always recommended: check children's candy thoroughly, look out for allergy triggers, and fish choking hazards out of their trick-or-treating bags before they start snacking. If you're inspecting your kids' candy before they consume it, you'll likely catch any errant "Pot-tarts" or "Nugtella" treats in their bags, as well.