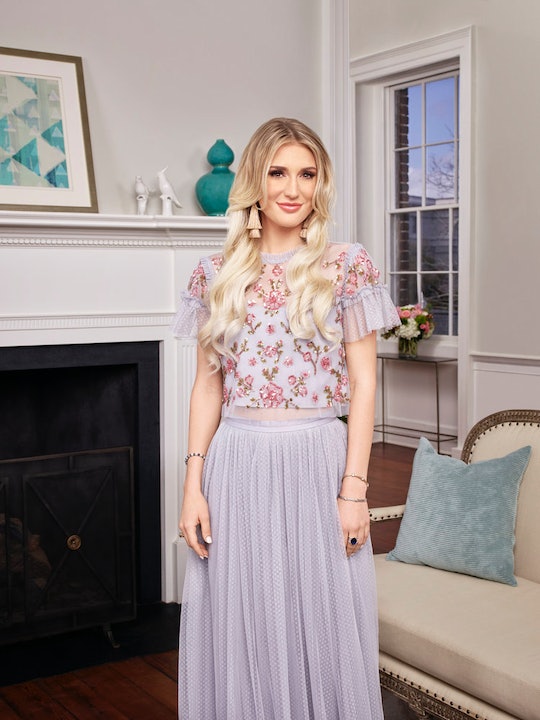 Eliza From 'Southern Charm' Met Her Boyfriend Under Unusual Circumstances

Eliza Limehouse is a new addition to the cast of Southern Charm, though she's been a part of the Charleston scene since she was born. She's a passionate animal advocate who's balancing several jobs at once, including her family's hotel renovation business and her own jewelry and candle lines. Eliza keeps herself pretty busy, so it would be understandable if she didn't have a ton of time left for her personal life. But is Eliza on Southern Charm dating anyone?

Based on social media, it seems like Eliza is dating Struthers McBride. On Instagram, McBride describes himself as an army veteran, truck enthusiast, and "hustler" who owns STROS Detailing. On May 5, he shared a professional photo of himself and Eliza along with the story of how they met. He said they first crossed paths on Kiawah Island, off Charleston, for a wedding photoshoot. He said that it changed his life because they were dating now. "Crazy to think that we got 'married' on our first time hanging out," McBride wrote. "Wouldn't change it for the world, crazy how people, things, and places move in mysterious ways. Seems like there is always a reason for everything we do [sic]."

Eliza is a regular presence on McBride's Instagram, whether she's coming along for family celebrations or joining him on romantic horseback rides.

Eliza documents her relationship on her own social media, too. In between all the selfies, Southern Charm promo, and animal photos, she'll sneak in a picture or two of McBride. In one pic in the pool, she bemoaned the fact that he wouldn't be able to watch that night's episode of the show with her; in another, she celebrated the "first Limehouse/McBride fam gathering [sic]." It seemed to be the first time she was meeting McBride's parents, and everyone was all smiles in the picture.

Many of Eliza's photos mirror McBride's. She shared the same horseback shot, as well as snaps from the wedding photoshoot that first brought them together. Her caption was more concise and to the point, however: "Getting to share a sneak peek of my latest fake wedding shoot...where I ended up dating the groom." Insert laugh-crying emoji.

Eliza and McBride's relationship may be relatively new because they only started appearing on each other's social media in late April of this year. The wedding shoot must have also been recent if Eliza is only now able to post sneak peeks from the day. Because of that, McBride probably won't appear on Southern Charm much, if at all; filming may have happened before he and Eliza met, though that's not a guarantee. There's always a chance that viewers will be able to watch their first meeting play out some Wednesday on Bravo.

But if McBride doesn't pop up in Season 6, then he could always join the crew as Eliza's plus one in future seasons. It seems like things are going well for the two of them right now, so fans might find themselves getting to know McBride better in the future.