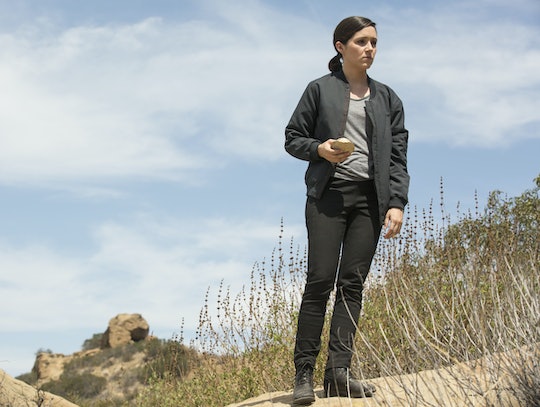 Is Elsie Dead On 'Westworld'? Things Aren't Looking Good For Her

Much of the first season of Westworld has been dedicated to world building – and laying the ground for the mystery of what exactly is happening to the hosts that populate the park. We've gotten to closely know most of the principal characters by now, but have had precious few "reveals" that actually clue us in to what's going down. Episode 6 changes all that, and it's mostly thanks to Elsie. The gifted programmer spent "The Adversary," tracking down answers as to who'd been tampering with the robots. But is Elsie dead on Westworld, now, given the dire cliffhanger on which we left her?

Remarkably, despite very obvious issues with the hosts, Elsie is the only character on the show who is actively seeking answers. Bernard has shown a degree of concern – particularly where Ford is involved – but his protégé has been the only person to actually do any digging. Ever since Elsie was very nearly attacked by the wayward titular host on "The Stray," she's been working to figure out what caused the rogue robot to go out of control and bash its own head in.

On last week's "Contrapasso," Elsie made her first big breakthrough, when she managed to get some alone time with the now-headless Woodcutter before he was to be decommissioned. She discovered, shockingly, that the defunct robot had a laser based satellite uplink in his arm – meaning that someone was tampering with the robots, seemingly in order to sneak data out of their park.

With tonight's episode, Elsie continued her quest to figure out what, precisely, was going on with these robots. What she discovered was a big shock – not only are the host's glitches apparently not a result of Ford's upgrades (which was Bernard's going theory), but multiple someones have been selectively tampering with the robots.

With Bernard's help, Elsie tracked the signal coming from the Woodcutter's satellite back to the hidden relay at an abandoned theater in Sector 3 inside the park. While there, she uncovered that at least two people were using the equipment to communicate with (and alter the core commands of) the older-model hosts, who had satellite receivers – Theresa, the head of Quality Assurance (and Bernard's sometimes-boo), and Arnold, Ford's supposedly-dead former partner. The alterations could, apparently, allow the hosts to commit violence against their human controllers and to lie to them.

From the moment Elsie stepped into the creepy abandoned theater, my horror movie spidey senses went crazy. It was near-pitch black and covered with odd decor, so it was no real surprise when a mysterious, hidden figure popped out of the shadows and violently grabbed her by the neck from behind.

Notably, in the moments right before she was jumped, Elsie was looking at Dolores' file – and whatever she found there shocked her deeply. Could this be a clue that Dolores, the "original," is the lynchpin to Arnold's entire scheme – assuming Arnold is, in fact, alive and that someone isn't impersonating him on the system?

Whether Elsie is dead, kidnapped, or her attack is a simple red herring remains to be seen, but one thing seems sure – "Arnold" is definitely back in action and up to something nefarious.