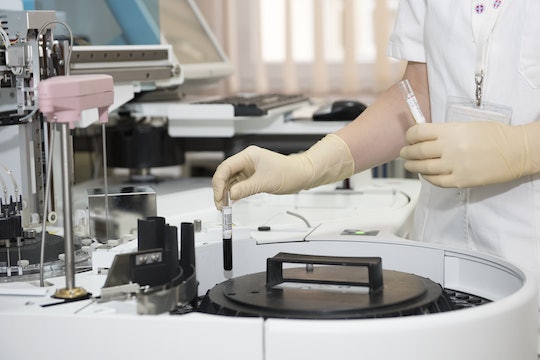 Is Endometriosis Hereditary? There Are Reasons To Think So

Endometriosis is a debilitating condition that affects millions of women the world over. When a condition is this widespread, it's only natural to look for the cause. But is endometriosis hereditary, or is it effected by other factors?

First, a quick recap. Endometriosis is a chronic condition that occurs when the tissues that typically line the uterus grows outside of it, according to the Endometriosis Association (EA). As the EA further noted, these tissue growths respond to the menstrual cycle in the typical way, but when these tissues break down, they have no way of leaving the body. (Normal uterine tissues are shed during your period). This is a problem because the tissues can then cause painful inflammation and other intense problems. Basically, endometriosis is a painful condition that can lead to a number of health problems, including infertility.

Just how strong is this potential genetic link? As reported by Science Daily, according to the Human Reproduction journal, if your sister has endometriosis, your risk of having the disease is five times higher than normal. So if you have a family history of endometriosis, is there anything you can do to mitigate your risks?

Regrettably, endometriosis cannot be prevented, only managed, as explained by the U.S. Department of Health and Human Services Office on Women's Health (OWH). As the OWH further noted, you may look into taking hormonal birth control, exercising regularly, and cutting back on alcohol to help lower your body's estrogen levels. And as always, if you have any specific questions or concerns about endometriosis, reach out to your doctor for more information.