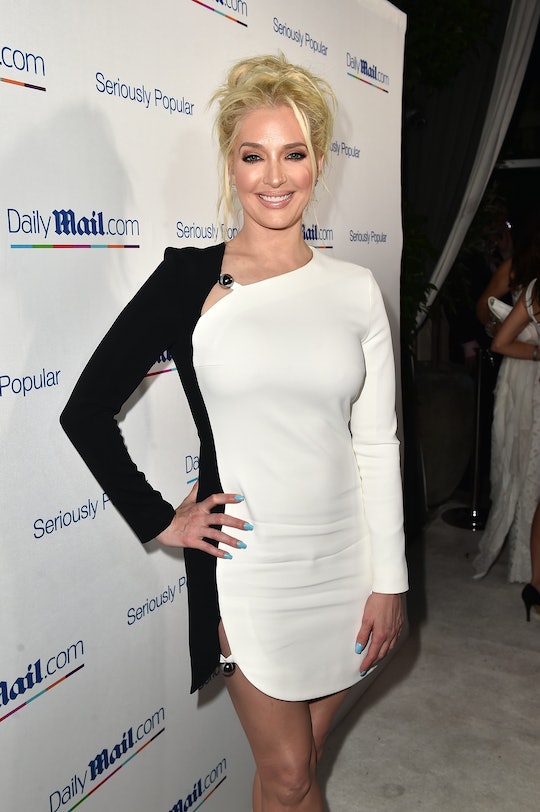 Things can get pretty personal on The Real Housewives of Beverly Hills, but Erika Girardi has never really discussed her family in depth, focusing instead on her fantastic home and her pop career. Viewers have met her husband and gotten a look at her lifestyle, but her son has never actually appeared on camera – and it doesn't look like fans should be expecting to see him any time soon. However, Erika has recently begun to talk about him a little more. Her son Tommy Zizzo — whom she had with her first husband, Thomas Zizzo, according to Okhereisthesituation.com — is 23 years old and currently works in law enforcement. But is Erika Girardi's son single?

It's difficult to tell, because Tommy Zizzo doesn't appear to have much of a social media presence. Erika is also keeping quiet on about his personal life for the most part, presumably because he likes his privacy. But even though there is no confirmation about whether Tommy has a romantic partner, one thing is certain: Erika will support him no matter what. In an interview with Galore, Erika made it clear that she trusts her son's judgement when it comes to romance.

"I'm a good mom. I hate saying I'm a cool mom, because it sounds like Mean Girls, but I am a laid back mom and a very accepting one," Erika said. "Fortunately for me, he has great taste in women. He picks good girls. He would never bring someone home that was insane. I mean, or else we'd have to have a talk about it."

While Erika obviously worries about her son like any mom would, she knows that he's an adult who has to make his own choices. "I don't have any requirements for my son, who he dates, because he's an adult," she said in an interview for Bravo's The Daily Dish. "He has good judgment and he has a great head on his shoulders. So whoever he chooses to date, I'm sure they're lovely. I'm not going to run his life. He has to run his own, but I think he's doing a great job."

There may not be a lot of information available about Erika's son, but it seems like that's probably on purpose. Despite Erika's flashy pop persona and reality TV job, she's a relatively private person; it looks like her son might be the same, especially because he's living his life outside of the entertainment industry. And whether he's single or not, he definitely has Erika's full support.