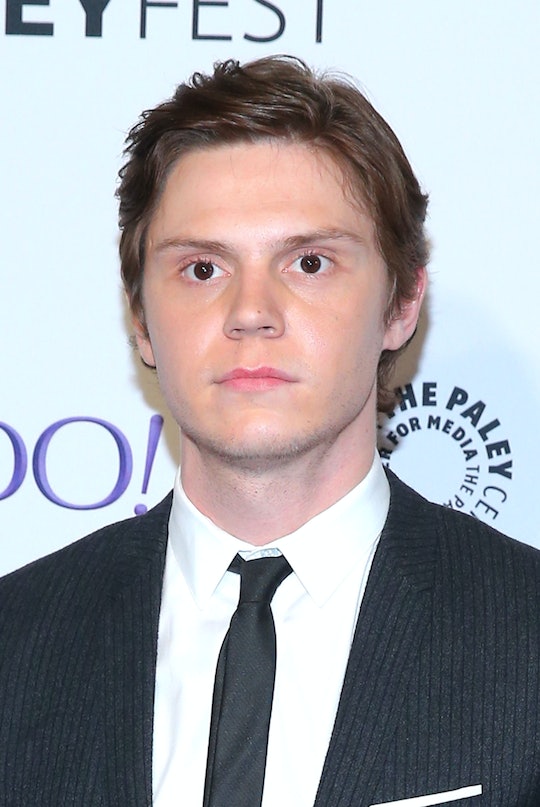 Is Evan Peters Really Dead On 'AHS: Roanoke'? There Could Be Another Twist

In some kind of audience-trolling irony, Evan Peters met his demise on American Horror Story: Roanoke not once, but twice. While that might not be cause for concern – he's certainly died on AHS before and that's never hindered his screen time – it came on the heels of a five-episode absence from the show. After barely appearing all season and then dying almost as quickly as his characters were introduced, Peters' double deaths were massively disappointing. But is Evan Peters really dead on AHS: Roanoke?

Death can mean very little in the world of this show. When Peters' first character, Edward Philippe Mott, met his gruesome end, he was back before the episode was over. However, the fate of his second character, Rory Monahan, is a little less certain. Now that the events in the house are "real" instead of being billed as reenactments, its debatable whether the rules work the same way. Edward's death and return were scripted moments in a documentary, but Rory's death was pretty legitimate. Still, despite the differences in the reenactment stories and the show's reality, the nurse ghosts and Piggy Man have been proven to be exist. The Roanoke house looks like it's yet another soul trap: everyone who dies there, stays there, so perhaps Rory could find himself returning as a ghost after all.

There isn't any official confirmation about whether or not Peters will be back for the rest of the season. His social media accounts are free of revealing details, and showrunner Ryan Murphy has kept quiet since announcing Peters' return to the show a week ago. IMDB credits him for the rest of the season, but he had appeared in the opening credits for the first five episodes without showing his face, so that's not necessarily reliable information.

Though Rory's death seemed cut and dry, there could always be yet another twist in store. Not long before his tragic stabbing, Rory mentioned that he had to head back to Los Angeles for a screen test. Rory and his wife Audrey discussed telling Sidney about this, and Rory said his agent would handle all the details. The situation wasn't brought up again before Rory bit the dust, but audiences have already gotten a taste of just how unreliable My Roanoke Nightmare can be; since we're watching a show within a show, there's no telling just what is truth or fiction anymore. One theory posits that the events on Return to Roanoke aren't quite as true as they seem, and Rory's death was staged to give him an excuse to leave the house and get back to L.A. in time for his audition.

It feels a little too hopeful to be true, but if fans have learned anything from watching AHS, it's that anything goes on this show. While Rory returning in the form of a ghost is the most likely conclusion, it's still possible that the entire thing is a hoax and Rory is actually totally fine. Sidney's people did set up booby traps, after all, and the producer is all about chasing the drama. He doesn't seem above faking a death or two.