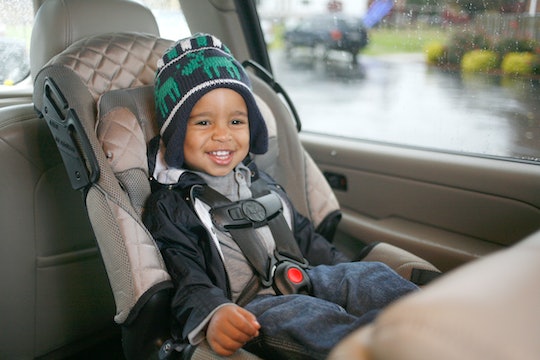 Here's Why You Shouldn't Use An Expired Car Seat

Having a baby is expensive. They need a lot of stuff, space, time, and energy. It's perfectly understandable to want to find ways to be thrifty where you can, but before you buy a car seat secondhand, you should know — is an expired car seat unsafe for baby?

Why is that? The Car Seat Lady noted on their website that the seats are made primarily of plastic, or plastic and steel, and plastic becomes brittle as it ages, making it less efficacious for safety in a crash. Imagine a brand new frisbee — it's pliant, almost rubbery, and when it hits something hard, like the wall I was not aiming for, it bounces off. The frisbee may be scratched, but it's fine. Now, think of an old hair brush. Same plastic, same idea. If, say, you took it in a fit of "my hair is stupid" rage, and threw it against a similarly hard wall, what would happen? It would shatter.

The same thing goes for car seats that have been involved in car crashes, according to the Car Seat Lady. They've already been put to their plastic limits, so it's paramount that you know the entire history of a car seat.

So how do you know if your car seat is expired? Most car seats made in the past several years have an expiry date printed on the same label that shows the model number and manufacturer, according to Britax. However, if this isn't available, search the model number or check the owner's manual.

Incidentally, many fire departments across the country are more than willing to check your car seat safety and installation. They're really good at it, and really fast. They may even host events at local baby stores. Definitely check with your local fire department.

So, is an expired car seat safe for baby? Would you feed your baby expired baby food? It's best to err on the side of caution here.