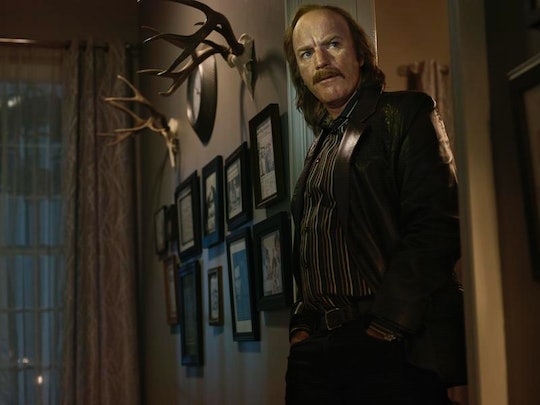 The new season of Fargo is almost here and with the new season comes a new story with a whole new set of characters. Every season of Fargo is like a brand new murder mystery, however there is one commonality between the seasons. At the start of each episode it is stated that, "This is a true story," leading many fans to wonder if Fargo Season 3 is based on a true story. Thankfully, it is not.

The statement that starts each episode is actually a homage to the original Fargo film that came out back in 1996, which is what inspired the series in the first place. The film began with the same statement, and a major part of the critically acclaimed film-turned-show is how it plays with fact versus fiction. However, even though the show isn't actually based on true story, that doesn't mean it doesn't pull from real events.

Season 3 will take place in 2010 Minnesota and will involve mobsters, though that's not the focus of the season. Instead, it's the sibling rivalry between brother Emmit and Ray Stuss, both of whom are played by Ewan McGregor (who went through quite the transformation for both roles). Emmit is the elder, successful brother who's known as the "parking lot king of Minnesota," according to USA Today. Differently, Ray is a struggling parole officer.

The brothers' feud is based on an inheritance left to them by their long-dead father. Emmit was given a valuable postage stamp, but Ray was only left with a beat-up red Corvette. The story begins with Ray attempting to steal the stamp from his brother, which sets into motion a string of consequences for the brothers and those around them.

Similar to previous seasons, this season will follow an interesting cast of characters as they're all pulled together in absurd ways. Emmit's life is tied to a sketchy mob-like character; Ray is influenced by his girlfriend and parolee Nikki Swango; and there's a cop who gets roped into the plot through a case of mistaken identity.

Although show creator Noah Hawley hasn't said anything about what real events could have influenced this season, he did say that fans could expect connections to the first season, which took place four years prior to the events in Season 3. McGregor also told USA Today (in the same interview) that midway through the third season fans can expect someone to show up "in a pretty big way."