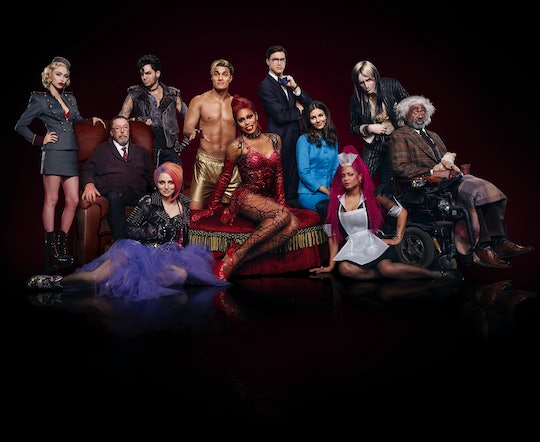 Live television musicals are becoming a trend lately, with almost every major network offering up their own attempt at creating a major television event. Some have been successful and some haven't, but each one manages to create a sense of curiosity in the audience. There's something exciting about live TV, a feeling that anything could happen. It could result in a major triumph or someone falling flat on their face; the uncertainty is part of the fun. Now FOX is attempting to tackle the TV musical, but will they be following in the steps of their predecessors? Is FOX's Rocky Horror Picture Show live?

Surprisingly, it's not, but this could be because Rocky Horror is more of a gamble than the live musicals that have been produced lately. It doesn't have the family friendly wholesomeness of The Sound of Music (minus the Nazis?) or Peter Pan, nor the wider appeal of The Wiz or Grease. Though the original Grease was raunchier, the film adaptation toned it down somewhat, which was reflected in the recent live version. Rocky Horror is a wonderfully bizarre show with a niche audience, so it may have made more sense for those in charge to have it filmed ahead of time to build antici–

Though the show isn't live, there has been an attempt to give it the same kind of energy that is associated with a live show. This is especially important for something like Rocky Horror, which established its fanbase over the years in midnight showings and shadow cast performances of the film. The culture that has sprung up in the wake of the film's release in the 70s has resulted in fan in-jokes and audience participation that will be worked into FOX's adaptation of the film.

In an interview with Variety, star Laverne Cox called audience participation an integral part of the Rocky Horror experience, so bringing that into the new film was another way to honor the history of the original. It also factored into her first viewing of the film, when she was introduced to it by friends in college. "Some friends of mine were talking about it, and I had never seen it," Cox explained. "We watched it in the dorm, and they were talking back to the screen, and I was like, 'What are you doing?' It was so cool, and I was immediately transfixed by the film and the music."

While FOX's Rocky Horror Picture Show isn't live, hopefully it will still be just as exciting.