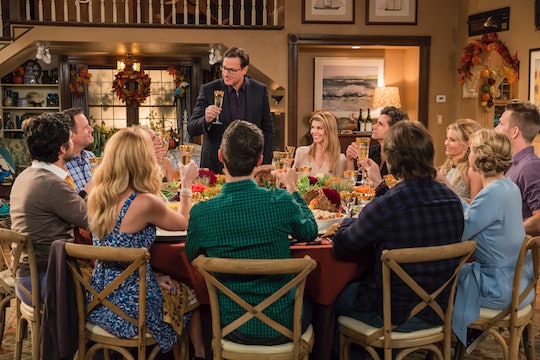 Is 'Fuller House' Over? A Season 3 Has Yet To Be Confirmed

Depending on what you had going on throughout your day on Friday, some of you may have taken the time to binge watch your way through the second season of Fuller House. And without giving away any spoilers for those of you who have yet to make it all the way to the end of the season, the Season 2 finale left a few things up in the air that could potentially be expanded upon in another installment — but will it get the chance? Is Fuller House over with for good or is there a chance a Season 3 could come around?

Unfortunately, as of now, nothing has been officially confirmed, regarding a cancellation or a renewal. So the way I see it is that it could end up going either way. On the one hand, all of the cast still seem very much into reuniting on set and carrying on with the show — with a few notable exceptions, of course (looking at you, Mary-Kate and Ashley Olsen!). But then again, on the other hand, maybe the character arcs have run their course for all of the returning members. I mean, the whole point of the show was to show fans what the Tanner clan has been up to in the time since we last saw them. So now that fans know, perhaps that should be enough?

Don't get me wrong — if the show does end up getting picked up by Netflix for a third season I certainly wouldn't be upset about it. After all, who could say no to having more Uncle Jesse in their life? (That was a rhetorical question, by the way, because the answer is no one.) But what I'm just saying is that I would understand if two seasons were all we were given. Fuller House has definitely quenched my nostalgia for the show, and I've loved seeing what became of each character. So maybe that's where it should end — on a high note. (Warning: Massive Season 2 spoilers ahead!)

Now that D.J. seems happily committed to Matt (even though she was originally going to pick Steve), and Steve is now engaged to C.J., the love triangle seemed to be done with. Then again, D.J. and Steve did give each other a very telling look at the end of the episode, which may suggested that this wedding won't actually happen at all. Maybe that's what Season 3 would look to explore. But if not, I'm just happy that I was able to reunite with the Tanners once again, after all this time.