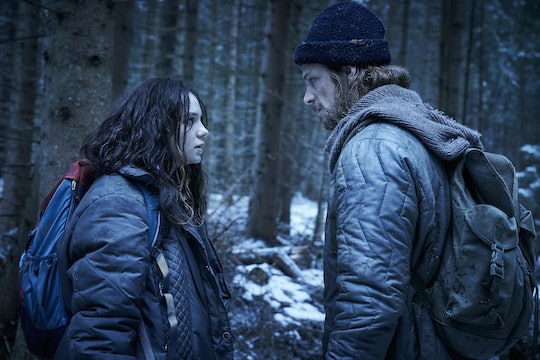 Amazon Prime's latest original series reunites The Killing's Joel Kinnaman and Mireille Enos, but viewers tuning into the thriller may recognize the storyline and wonder if Hanna is based on a book. In fact, it's based on a 2011 film of the same name which stars a young Saoirse Ronan as the titular character, Cate Blanchett in Enos' role as the CIA agent chasing her down, and Eric Bana in Kinnaman's role as her father. The film was originally written by a Canadian screenwriter named Seth Lochhead and it remains his best known title. After the screenplay was sold to Focus Features, David Farr wrote another draft of it, and he shares a writing credit on the film with Lochhead.

Farr, a British writer and director, is responsible for bringing Hanna to Amazon Prime. He created and wrote the eight-episode first season, which got a straight-to-series order from the streaming platform. Sarah Adina Smith, who has previously directed an episode of Legion on FX and has a directing credit on the forthcoming Looking For Alaska TV miniseries, was brought on to direct the pilot. And it's clear that Amazon Prime has high hopes for the show. After airing a teaser trailer during this year's Super Bowl, the platform released the first episode for a limited window of 24 hours to drum up hype for the series.

Hanna follows a teenage girl who was brought to the woods by her father Erik, an ex-CIA operative, as a baby and raised in seclusion. For reasons that remain mysterious, he's trained her to become a highly-skilled assassin. Marissa Wiegler, a senior CIA agent has been tasked with tracking them down and eliminating them both. Of course, Hanna's skills prove extremely dangerous — in the trailer, she can be seen expertly manipulating an agent brought in to speak with her, swiftly killing her. But secrets remain about who Hanna is, why she was secretly raised in the woods to be killing machine, and why she's being hunted down by the CIA.

Underneath all the ruthless action sequences, Hanna is also a teenage girl desperate to experience the real world. Part of what triggers a continental manhunt across Europe is that she comes out of hiding to make friends her own age and explore, a risk she understands and is willing to take. This time around, Hanna is played by Esme Creed-Miles, a newcomer with just a few, relatively unknown movie credits under her belt. But she's poised to be a breakout star after this series, much like the original film helped catapult Ronan's career.

If fans of the show want to learn more about its source material, the original film version of Hanna is also available for streaming on Amazon Prime. At the time of its release, it was considered a whimsically dark film, which drew heavily on fairy tale themes to shape the story. Joe Wright, the film's director, cites David Lynch as a major inspiration. Hanna the series is currently streaming on Amazon Prime.