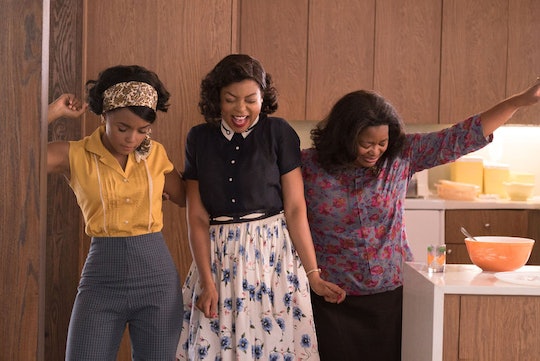 Is 'Hidden Figures' A True Story? The Trailer Shines A Light On The Geniuses Of NASA

Sometimes it feels like every possible story has already been told. We're in an age of reboots, remakes, and re-dos, all contributing to the oft-felt "Haven't I seen this before?" reaction when watching trailers for new movies or TV shows. And yet, every so often, there is a wholly-original, untold story that hits and makes us take notice. Hidden Figures is one of those movies. It focuses on the genius African American women at the heart of early NASA, at the height of initial space exploration. But is Hidden Figures based on a true story?

The upcoming movie, directed by Ted Melfi (who also helmed the Bill Murray-led St. Vincent) and co-written by Melfi and up-and-coming screenwriter Allison Schroeder, is being billed as a biopic, according to The Guardian. The film follows the story of three particular women who are all real-life figures – Katherine Johnson, Dorothy Vaughan, and Mary Jackson, all NASA scientists. The specific focus is on Katherine Johnson, from her beginnings as a young math genius to working at NASA (and its predecessor, NACA) alongside Vaughan and Jackson, starting in 1953. All three women were an integral part of getting the Mercury and Apollo space missions off the ground. Johnson, specifically, calculated the space flight trajectory for Alan Shepard, the first American in space, according to NASA's write-up of Johnson's legacy.

The full trailer, just released, immediately gave me chills. According to Deadline, this movie marks "the first time the contributions of African American scientists to [NASA's efforts in the Space Race] have been the focus of story about the space race on film." And it truly looks incredible – definitely an early Oscar contender, assuming the movie itself matches early hype. Check it out below.

The tone is a mix of serious moments (Johnson discussing how long she was gone with her kids is a tearjerker) and light-hearted moments (basically anything that Janelle Monáe says in this trailer), as the women experience rampant sexism and racism during their time at NASA but (*American history spoilers*) eventually triumph and successfully send a group of men into space.

Hidden Figures is set to hit theaters on January 13.