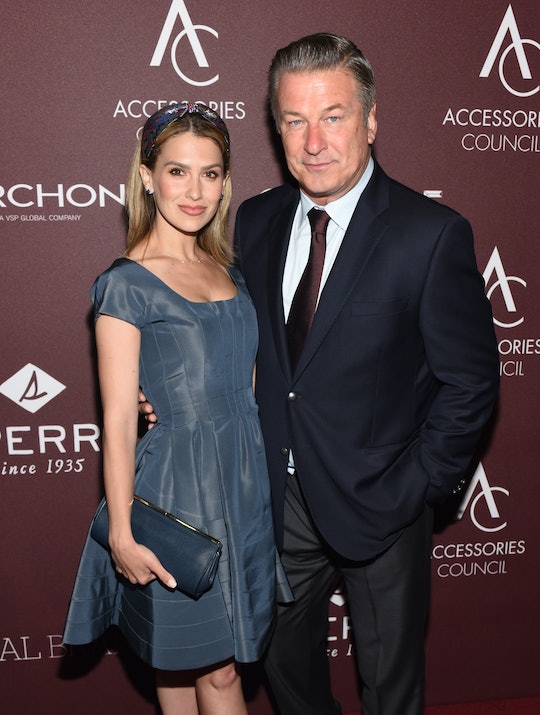 Is Hilaria Baldwin Having A Boy Or A Girl? The Sexes Will Be More Even Now

When Hilaria and Alec Baldwin announced in April that they were expecting baby number five, fans were thrilled for the famous couple. The Baldwins had been open about the miscarriage Hilaria experienced in April, after all —so this pregnancy meant that a rainbow baby was on the way. But is Hilaria Baldwin having a boy or a girl? The sexes will be more even now at the Baldwin household, that's for sure.

On Sept. 18, the fitness coach and her Saturday Night Live star husband revealed they're expecting their fifth child together, People reported. (This will technically be Alec's sixth child, as he shares an adult daughter, Ireland, with his ex Kim Basinger.) “It is still very early … but we have learned that there is a little person inside of me,” Hilaria wrote on Instagram at the time. “The sound of this strong heart makes me so happy — especially because of the loss we experienced in the spring. We want to share this news as we are excited and don’t want to hide the pregnancy.”

Fast-forward to Saturday, Oct. 12, and the Baldwins were ready to announce the sex of their fifth child, according to E! News. "Our little reveal. We are so excited!" Hilaria captioned a video posted to Instagram. In the clip, her four kids — daughter Carmen, 6, and sons Rafael, 4, Leonardo, 4, and Romeo, 1 — were each given their own baby doll swaddled in a blanket. Carmen was the one to do the honors of unwrapping her doll first, revealing a pink outfit. "It's a girl!" the seasoned big sister exclaimed. Check out the sweet sex reveal for yourself, below.

From the looks of it, Carmen seems pretty excited about her parents finally having another daughter. Even though Carmen already has Ireland as a sister the 6-year-old old has apparently had her heart on a baby sister, according to her mom. "It has now been a mission to give Carmen a sister," Hilaria recently told PopSugar. "She loves Ireland, but she wants a baby sister. Basically, my mission is I'm going to keep having kids until it's a girl!" (I wonder if that means Hilaria and Alec are done having children now?)

It was on April 4 that Hilaria shared with her Instagram followers she was in the midst of losing a pregnancy, according to USA Today. "I want to share with you that I am most likely experiencing a miscarriage," she wrote a the time. "I always promised myself that if I were to get pregnant again, I would share the news with you guys pretty early, even if that means suffering a public loss. I have always been so open with you all about my family, fitness, pregnancies...and I don’t want to keep this from you, just because it isn’t as positive and shiny as the rest."

Hilaria went on to express the "gratitude I feel that I am my babies' mommy," explaining that this was particularly comforting during the difficult time. "I’m feeling a bit fragile and I need support," she confessed via Instagram. "I’m hoping, that by sharing this, I can contribute to raising awareness about this sensitive topic."

As someone who has suffered a miscarriage and who has followed Hilaria on Instagram for a few years, I'm so glad to see this pregnancy seems to be going well for her. I know how nerve-racking pregnancies can feel after a loss — and I commend Hilaria's bravery and continued openness. Hopefully, things continue going well as the Baldwins prepare to add another baby girl to their family. Congratulations!