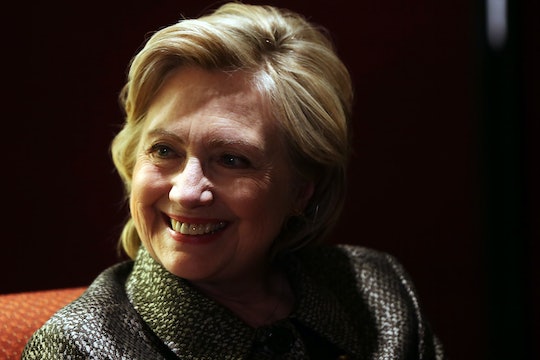 Is Hillary Clinton Watching The Debate? Of Course She Is

Hillary Clinton has been very vocal since the Republican presidential campaigns began, which is why Clinton’s live tweets during the debates are everything. During the last few debates, the Republican candidates were all about attacking Hillary head on. During October’s debate, she tweeted a GIF of herself literally brushing her shoulders off during a Benghazi hearing in response to Republican comments about her positions. She’s really at her best when she taps into herself as a meme and starts to look like she’s having a little fun.

But Clinton’s responses to the election spectacle are always measured, smart, and stick to the issues. It’s like she refuses to play the media game, which on some level, you have to respect. She wants to be approachable and the more the Republican candidates start spiraling out of control and spouting impossible plans for fighting ISIS and blocking Muslims from entering the country, the easier Hillary is to like. Earlier this fall, she was on The Tonight Show With Jimmy Fallon teasing about Trump’s tendency to lecture and she even showed up on Saturday Night Live to make fun of herself. It usually works in her favor, too.

So what did she tweet during CNN's GOP debate Tuesday?

She started off with a little pop quiz:

Then she sort of sided with Jeb Bush about "serious" candidates:

Called the Candidates On Their Facts

And Fought Them On Immigration

And then finished it out with a call to action.