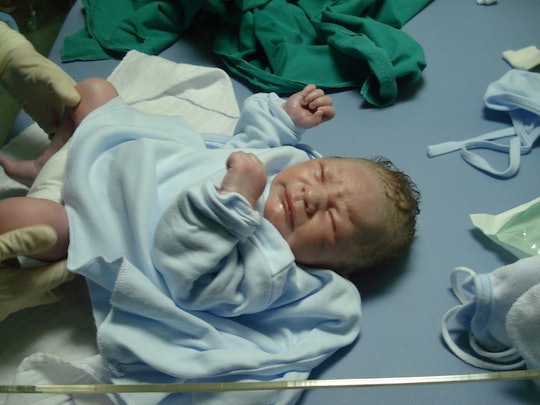 Is Home Birth Legal In All States?

For women looking to avoid unnecessary medical intervention during labor and delivery, giving birth at home might seem like the best option. The idea of laboring at home, at your own pace, surrounded by familiar voices and sounds, certainly has allure. And choosing to have the help of a midwife trained in natural birthing would probably seem like an easy decision. But surprisingly enough, home birth isn’t legal in every state. So depending on where a woman lives, the decision to birth at home with a trained practitioner could mean criminal charges, or risk the provider’s license.

Delivering babies at home with the help of a midwife is certainly nothing new. For centuries, that was simply how babies came into the world. But as science and medicine advanced, delivering in a hospital setting quickly became the way to ensure the best maternal and infant health outcomes. At the same time, many states stopped licensing midwives, and public insurance programs began favoring hospital deliveries. Today, there are only 15,000 practicing midwives in the U.S., according to the Midwives Alliance of North America. Some are certified nurse midwives, trained nurses able to legally assist in birth in any state. Others are certified professional, or direct entry, midwives only able to practice in certain places.

But outlawing CPMs didn’t stop homebirths from happening. Like other anti-choice laws, it simply pushed the practice underground — and increased the health risks for women who need those services. For starters, midwives practicing without a license weren’t as likely to call on hospitals for help in an emergency, according to a TIME report. And operating without oversight from a licensing authority meant no clear educational standard for practitioners or a path for ongoing professional development. Some medical practitioners argue that together, those factors mean homebirthing carries a heightened medical risk for the mother and baby. The largest study to-date on U.S. home births (published by researchers at New York-Presbyterian/Weill Cornell Medical Center) found in 2013 that babies born at home are approximately “10 times as likely to be stillborn and almost four times as likely to have neonatal seizures or serious neurologic dysfunction” compared to babies born in hospitals.

While some in the medical community have blamed certified professional midwives for those outcomes, the problem might have more to do with the dangers of working in isolation. According to a statement by Dr. Frank Chervenak, study author and chair of the department of obstetrics and gynecology at Cornell, the caveat in that research is that the findings were based on the birth setting, not the training of the attending birth professional.

It's all about location. When a complication does arise, what's needed is access to a team of skilled specialists with the training and technology in place to handle emergency procedures. In a home, none of these options are available.

The implication is clear: If a midwife is forced to see hospital staff as potential adversaries, rather than collaborative partners over the course of a pregnancy, they are far less likely to reach out when support is needed. And without state licensing and oversight, women have little chance of determining whether the midwife they’ve managed to find has been adequately trained to spot when things might be entering a danger zone.

Still, with hospitals reporting rates of Cesarean delivery and induction upwards of 30 percent, many women over the past decade have to returned to home births and midwives to avoid what some describe as “overmedicalized” birth. Today, home births are on the rise in the U.S. Or at least, that appears to be the case. According to statistics from the Centers for Disease Control, some 25,000 women choose to give birth at home every year. And birth advocates say that official figure doesn’t capture the rise in demand and inquiry from women living in states where home birth is illegal and data collection is impossible.

In the end, the question shouldn’t be whether women have the right to birth at home, but rather, how to make homebirthing safer for women and babies. A first step, in some states, has been to legalize midwifery and introduce standards that better ensure safety, like licensing requirements, insurance standards, and emergency planning requirements. Hopefully more states will follow suite and more women will have access to adequate resources and information to make their own medical decisions. That’s what it means to have the right to choose. And that right exists no matter what state a woman lives in.

More Like This
Here’s How To Fight For Abortion Rights
The Covid Vaccine For Kids Under 5 Has Been Sent To The FDA For Review
Can States Ban The Abortion Pill? FDA Rules May Make That Hard
This Map Illustrates Just How Many States Would Ban Abortion If Roe V. Wade Is Overturned