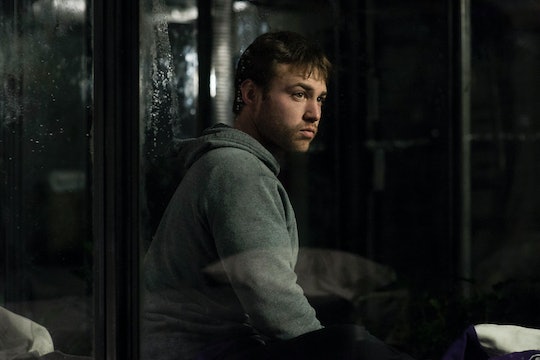 Is Homer Real On 'The OA'? Prairie May Have Made Him Up

(Warning: this post contains spoilers from The OA Episode 8.) Netflix's newest drama, The OA, is a bit of mystery that has left many fans asking, "What did I just watch?" The show followed Prairie, who disappeared seven years ago when she was blind, but returned being able to see. From the very first episode, Prairie was worried about someone named Homer who she was apparently trapped with and also cared very deeply about. However, in the final episode of the season, it seemed like Prairie had actually made everything up and all those flashbacks viewers had seen didn't actually happen. So is Homer even real on The OA or was it all just a figment of Prairie's imagination?

In the Season 1 finale, French and Steve set to work to find proof of Prairie's story, but instead French found proof that she'd actually made up the whole thing. Under Prairie's bed was an Amazon box of books, which included The Iliad by Homer, a book about angels, and a book about near death experiences. Then when French went into the bathroom to throw some water on his face, it was Homer's face he saw in the mirror. At this point I was pretty bummed because I wanted Homer to be real and for he and Prairie to be reunited and freed together. However, just like French and the others, I began to accept that everything Prairie said was made up and it just wasn't real.

Unfortunately, Prairie was shot in the process. Right before the end of the episode, viewers saw Prairie wake up in a place full of white light. After looking around for a moment, she send proceeded to say, "Homer," before the episode ended. This seemed to indicate that Homer really was real after all and Prairie, whether she died or the five movements actually helped her get to the other dimension, had finally found him. At least that's what I'm willing to believe, but until Season 2 provides us with more information (which is better!), we really won't know for sure.