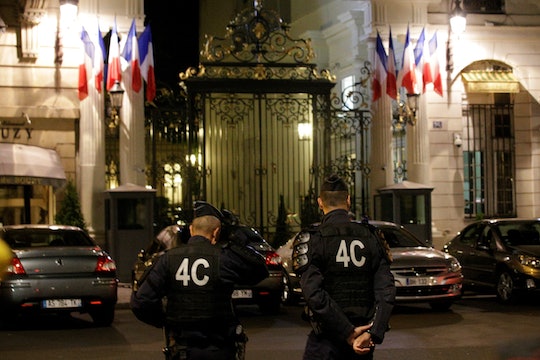 Is ISIS Responsible For The France Crash? It's Urged Followers To Commit Similar Attacks

No group as yet claimed culpability for the murder of at least 77 people during a Bastille Day celebration in Nice, France, Thursday evening, but the carnage and the chaos into which the planned attacked plunged the country bore all the hallmarks of terrorism. As French officials and leaders around the world work to determine what exactly happened when a truck filled with firearms, explosives, and grenades plowed through a crowd of people who had just enjoyed a fireworks display, there is an sick suspicion across continents that either AQAP or ISIS is responsible for the France crash. The latter terrorist organization has been responsible for massive loss of life in many attacks from Baghdad to Paris recently, and both group's leaders have encouraged the use of vehicles as weapons before.

ISIS, of course, does not limit itself to any one brand of terror. Its militants and devotees carry out suicide bombings, mass shootings, and even stab people to death, as they did in during an attack on a café in Bangladesh earlier this month. In addition to all that barbarity, terrorist propaganda urges jihadists to murder "enemies of Allah" specifically with vehicles, Slate reported last year, by attaching sharp steel blades to a pickup to create "a mowing machine."

Last month, ISIS killed more than 200 people when a suicide bomber detonated a truck packed with explosives outside a busy Baghdad shopping center, showing that it's relatively easy to kill scores of people using a vehicle as cover.

But using the vehicle itself as the weapon is even easier, and ISIS leadership knows it. In September 2014, one ISIS leader, Abu Mohammed al Adnani, urged supporters to kill people of many nationalities in many ways, including with a vehicle, The Independent reported:

If you can kill a disbelieving American or European – especially the spiteful and filthy French – or an Australian, or a Canadian, or any other disbeliever from the disbelievers waging war, including the citizens of the countries that entered into a coalition against the Islamic State, then rely upon Allah, and kill him in any manner or way, however it may be.

Smash his head with a rock, or slaughter him with a knife, or run him over with your car, or throw him down from a high place, or choke him, or poison him.

This shift toward inciting extremists who are oftentimes born in the West and self-radicalized to commit independent acts of violence is the name of ISIS is truly horrifying, and ISIS's reach is devastatingly wide. And the advent of the use of vehicles — whether the perpetrator or perpetrators of the Bastille Day massacre turn out to have been affiliated with ISIS or not — is terrifying on its own. "What ramming lacks in effectiveness, it makes up for in ease of preparation," Slate's Joshua Keating notes. "It’s not hard to get your hands on a car, and driving one at high speeds into a crowd is a lot easier than building a bomb."

Whether an ISIS-pledged militant did indeed carry out Thursday's deadly attack in Nice or whether it was a follower of a similarly violent terrorist group like AQAP is still unknown. What is understood is that the crash likely took the lives of scores of innocent civilians from many nations — and for that reason, every nation should sit up and take notice.