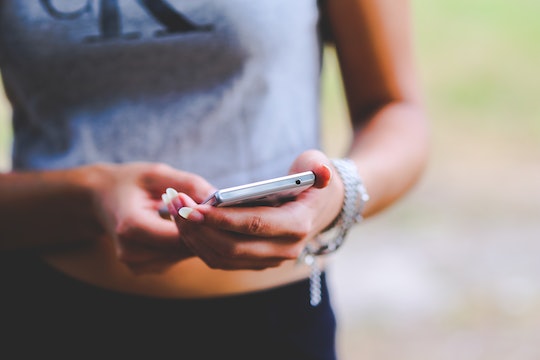 Is It Ever OK To Go Through Your Partner's Phone?

To snoop or not to snoop? It's the question every couple faces at some point in their relationship. Your partner leaves their phone sitting on the nightstand while they shower and you hear a feint buzz. Whether you have cause to distrust them or not, you'd be lying if you said you haven't been tempted before. But is it ever OK to go through your partner's phone? Unfortunately, the answer isn't as black and white as you might hope.

For most people, their entire life is in their phone. Text messages from friends, work e-mails, social media accounts, and Internet searches — the temptation to go through your partner's phone is all too real. A recent survey by Avast Software discovered that nearly one in four women and one in five men admit to going through their partner's phone at some point in the relationship. Furthermore, in an interview with CNN, Julie Holland, a New York psychiatrist and author explains that while there may be select instances where it's more acceptable to snoop, communication is the most important thing. "My advice (to patients)," she said, "is always that you need to talk more with your partner and not less." Some couples have agreed that their phones are open territory and are completely comfortable with their significant other browsing around, while others would consider it a huge breech of privacy.

Whether it's a "last straw" to determine if they're really cheating or not, you're hoping to catch them in a lie, or you're just genuinely curious about what's in your SO's phone, snooping may actually have more negative consequences than positive ones.