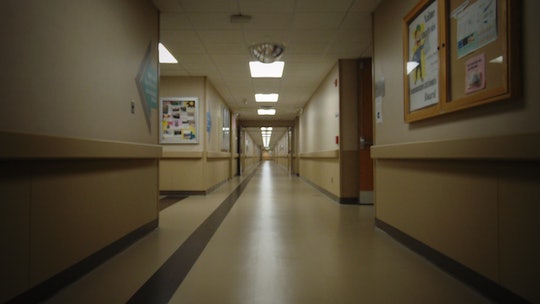 When It's Legal For Doctors To Reject Patients

Doctors get fired by their patients all the time, and for any number of reasons. The doctor’s bedside manner might be less than stellar. Their philosophy about medicine may not jibe with what the patient feels is appropriate. It can even be as simple as a personality mis-match; I know someone who switched gynecologists because she couldn’t deal with having the young, attractive doctor (whose office was nearby and accepted her insurance) asking her about her sexual health. (OK, it was me. I was a shy college kid. And he was incredibly cute. Don’t judge.) But is it ever OK — or even legal — for a doctor to reject a patient?

To clarify, this is a different question than asking whether doctors who work in hospital emergency facilities are legally required to care for anyone who comes through the door. Because they’re funded by taxpayer dollars, public hospitals can’t refuse care people who wind up in the emergency room, even if the patient can’t afford to pay. As a side note, that same imperative has been cited by some conservative politicians as reason not to expand Medicaid to the very poor; they can always go to the emergency room for treatment because it’s against the law for doctors to turn them away.

But when it comes to the more long-term relationship between a primary care doctor and a patient, physicians have way more latitude in deciding when to call it quits. Anti-discrimination laws designed to keep physicians from refusing to treat people because of sex, gender, or race aren’t as cut and dry as one might assume. There are some basic legal barriers against discriminating against patients; for example, under the Affordable Care Act, physicians are legally barred from dismissing a patient based on sex, gender, or race. But those laws have been the subject of debate in the wake of the Supreme Court’s landmark Hobby Lobby ruling. More states are debating laws around religious freedoms and protections, so whether doctors can turn patients away for moral or religious concerns is increasingly becoming a gray area.

And as we’ve (rightly) strengthened laws against gender discrimination to include the trans community, the debate has only gotten more heated. A federal judge recently decided, for example, that treating transgender patients or women who’ve had abortions could violate health practitioners’ and insurance companies’ religious freedoms, and should not be forced under federal law.

In areas where the law is silent — pursuing treatments that don’t jibe with traditional medicine, for example — the ethical guidelines for physicians come into play. In a piece for The New York Times, Dr. Richard Friedman described the ethics that govern ending a relationship with a patient:

The American Medical Association’s ethical guidelines state that a doctor is obligated to provide for continuity of medical care. Under the guidelines, a doctor may withdraw from a case only if the doctor notifies a patient, the patient’s relatives, or responsible friends with enough advance notice for the patient to secure another physician.

Friedman added that, while doctors can refuse to treat patients that request a “scientifically invalid” course of care, simple noncompliance isn’t a good enough reason to fire a patient, according to the ethical code.

But that, too, is changing — especially when patient noncompliance can pose a real health hazard to others. As more doctors grapple with the public health and ethical concerns posed by treating unvaccinated patients, it’s slowly becoming more acceptable for them to fire those patients, too.

The quest to find the right doctor can be tricky. There are obvious questions about insurance coverage, proximity, and office hours, of course. But it takes more than that to seal an ideal doctor-patient relationship. And, in a society where “the customer is always right,” the balance of authority in the exam room is even more fraught. Sure, the patient has the right to walk away. But the doctor — in certain circumstances, at least — is free to walk away, too.