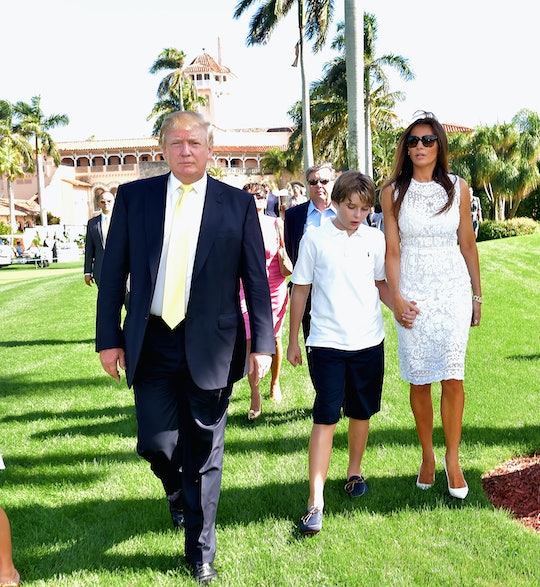 At this point, Mar-a-Lago, the Florida country club that President Trump affectionately calls the "winter White House," is a household name. Trump purchased the property in 1985, and today he charges guests $200,000 for their annual membership. Earlier this month, the State Department blogged about it, a fact that only came to light this week, when reporters and watchdog groups became aware of the post. Many are now wondering whether it's legal for the State Department to promote Mar-a-Lago, and according to some experts, the answer appears to be a definite "no."

"It's illegality run rampant," Norm Eisen, who served as special counsel on ethical issues for President Barack Obama, told CNN. According to Eisen, the blog post violates federal laws that restrict employees serving certain government offices and functions from promoting private businesses (in this case, Mar-a-Lago), that benefit their superior (in this case, the president himself). Eisen points out that the situation is similar to when Kellyanne Conway, a top White House insider, promoted Ivanka Trump's clothing line on national television. The Office of Government Ethics eventually ruled that Conway had indeed violated the law.

The blog entry in question was an April 4 post that appeared at Share America, a State Department website, and was reposted the following day at the United States Embassy in London's website. Romper reached out to the State Department for comment; As of early Monday evening, the post was taken down from Share America and replaced with a message: "The intention of the article was to inform the public about where the President has been hosting world leaders. We regret any misperception and have removed the post." A shorter version of the post is still present at the London embassy's site.

The post, which had no obvious purpose beyond promoting the property, read rather alarmingly like an advertisement. It included several large images of Mar-a-Lago's gilded rooms, accompanied by descriptions like this one that sound like they're straight from a brochure: "The ornate Jazz Age house was designed with Old-World Spanish, Venetian and Portuguese influences and decorated with Post’s [the first owner's] personal collection of antiques." The blog entry also pointed out, admiringly, that Trump preserved "Mar-a-Lago's style and taste" by personally purchasing many of the site's original decorations and furnishings.

Reportedly, the blog post might have been illegal for two separate reasons. The first is the reason mentioned by Eisen: Per a section in the Standards of Ethical Conduct, employees of the federal government aren't supposed to promote the businesses of their superiors. American Oversight, an ethics watchdog organization, will be sending a letter to the State Department Inspector General, the Office of Government Ethics, and Congressional oversight committees "calling for an investigation into how and why the article promoting Trump properties was written and distributed," according to the organization's website.

The blog post might have also been a violation of the Constitution's emoluments clause, which prohibits the president from receiving gifts from foreign governments. Shripal Shah, vice president of American Bridge, told CNN that the post violated the emoluments clause because the State Department is allegedly "openly promoting one of the Trumps' private businesses" on an embassy website that's explicitly targeted to foreign governments.

Of course, this is only the latest in a series of actions within the Trump administration that legal and ethical scholars argue amount to flagrant violations of the Constitution. According to The Washington Post, experts believe that anything from a Trump-owned hotel "renting a ballroom to a foreign embassy" all the way to Trump Tower "renting out office space — as it already does — to a state-controlled Chinese bank" might be examples of emoluments clause violations. During his campaign, Trump claimed that he intended to put his assets in a blind trust, but that never happened.

In the Trump administration, it seems like each day brings a new conflict of interest to light. It's difficult not to wonder what awaits us tomorrow.