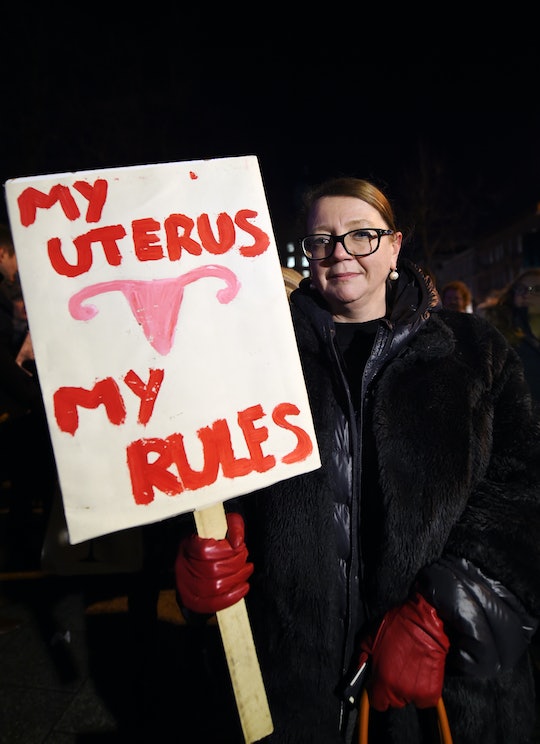 What Does The Law Say About Self-Inducing Abortions?

The United States now has a federal government that's controlled at every level by conservative Republican politicians whose goal it is to restrict abortion access and ultimately out-and-out ban the procedure. President Donald Trump has announced this intent himself. So, a Netherlands-based organization that's dedicated to making it safer and easier for women to induce their own abortions at home has expanded the information-sharing aspects of its operation to The Land of the Free. It's certainly a controversial resource for women seeking to end their pregnancies without having to attend an appointment with a health care professional, and the opaque laws surrounding this practice raise the very real concern of whether it's even legal to advise women on how to perform their own abortions.

The group, Women Help Women, actually ships the two-step, miscarriage-inducing pills to women in some other countries, but laws in the United States prohibit that. Instead, women who have already obtained the mifepristone and misoprostol drugs can turn to abortionpillinfo.org in order to message trained counselors who will draw their evidence-based answers from World Health Organization information, The Washington Post reported.

The Food and Drug Administration has approved both of these drugs and they are effective until the tenth week of pregnancy. But here's the rub: Obtaining them online or from Mexico, as many women who bypass the American medical establishment for whatever reason do, is considered illegal.

So, in the United States, it's not the act of helping to advise a woman seeking to jumpstart her own abortion that's in question — it's the act of doing that in and of itself. For that reason, The Post reported that the trained Women Help Women counselors will be sure the women they're working with know that miscarriages happen the same way that the drug-induced abortion does in the event that they do have to visit a medical professional as a result of taking the pills. They'll also be informed that no blood or urine test can detect them in their systems.

And they emphasize this — essentially to let a woman know she doesn't have to out herself as having taken the pills — for good reason. According to the Guttmacher Institute, there are laws criminalizing self-induced abortions in many states. Perhaps the most prominent recent example of a woman facing criminal charges for taking abortion-inducing drugs is that of Purvi Patel, an Indiana woman who was arrested in July 2013 after she had sought treatment at a hospital for the resulting heavy bleeding. Her 2015 conviction for feticide and neglect of a dependent was later overturned.

Often, though, women are actually driven to illegally self-inducing their own abortions because of increasingly restrictive abortions that have been proliferating on the state level. It's another reason why keeping the safe procedure open and accessible is so important.