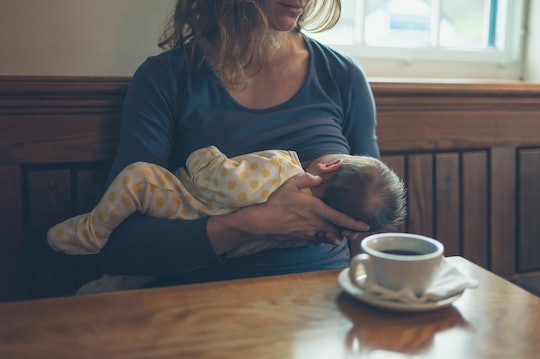 Is It Legal To Breastfeed Anywhere?

When your baby is hungry, you feed them. It's a very simple concept that's been around since the beginning of the human race. But the simplicity of this concept seems lost on a lot of people who complain when they see a mom breastfeeding in public. It's completely acceptable to feed a hungry baby anywhere with a bottle, but is it legal to breastfeed anywhere?

According to the National Conference of State Legislatures, there are 49 U.S. states that allow mothers to breastfeed in public, out of which two states, Virginia and South Dakota, exempt breastfeeding moms from public indecency or nudity laws, leaving Idaho as the only state that hasn't passed any comparable laws.

When it comes to federal provisions, in Public Law 108-199 Sec. 629, the U.S. government allows moms to legally breastfeed feed their babies in any federal building, or on any federal property, as long as they are authorized to be there.

While many states, and the federal government have passed laws allowing moms to breastfeed in public, most have no provision for enforcement, according to Breastfeeding Law, and if the breastfeeding laws are broken, and a mother is harassed, there is nothing she can do about it other than possibly sue the harasser in civil court. While you have the legal right to breastfeed, there's no punishment for someone who tries to stop you from doing it.

International laws on public breastfeeding vary, according to Breastfeeding Quest, and some international countries, like Australia and Canada, have provisional laws for breastfeeding, but other countries may have different cultural and religious views on public exposure. If you're traveling around the world, it's a good idea to get familiar with the laws of the area you are planning to visit.

While legally, breastfeeding mothers have rights in most states, it's public opinion that presents the most opposition. I think people who are uncomfortable with seeing a mom feeding her baby at her breast should just look away if they don't like it. Whether it's a bottle or breast, a mom will instinctively feed her hungry baby, any time, any place, and she should always have the right to do so.