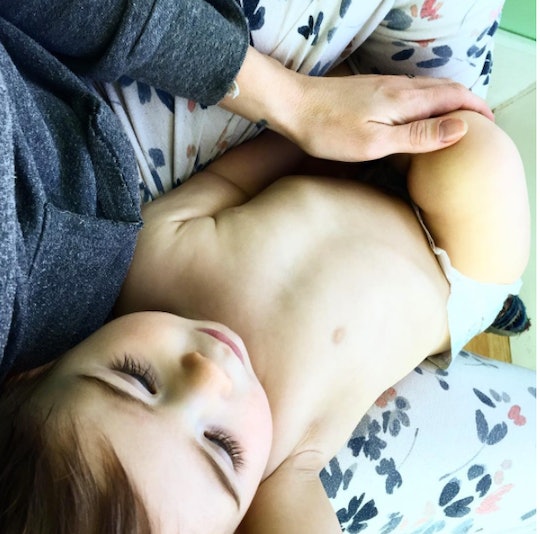 This Is Why Your Baby Is Trembling

No one wants to be the helicopter mom, the one texting her pediatrician at 3 a.m. because Junior has the sniffles. But everyone knows that infant ailments occasionally can truly be worth losing sleep over, and you don't want to miss the warning signs. Take trembling, for instance. Is it normal for babies to tremble, or is it cause for concern?

Most new parents tend to brace themselves for the worst, no matter what the symptom, and in the case of infant trembling, many fear they are witnessing a mild seizure. But in an interview with Romper, pediatrician Dr. Preeti Puranik assures parents that newborn trembles are perfectly normal until age 3 months, despite the unnerving feeling they give to new parents. Far from being indicative of a medical emergency, Puranik says, those early trembles are actually just infant reflexes.

In article written for Parents, Dr. Wendy Hunter explained that this trembling reflex is called benign sleep myoclonus and is in the same reflex category as hiccups. Who knew?

After 3 months of age, however, a trembling baby may indicate another problem. According to Puranik, at this point in development, it is more likely that trembling is a response to either being cold or to having a fever. If the latter is the case, simply treating the fever should resolve the trembles. If it's the former, get some more layers on that babe, stat.

However, there are rare instances when infant trembling can in fact be a subtle seizure. According to Puranik, if your baby's trembling is frequent or continuous, or associated with any other symptom such as an altered state of consciousness, it may be considered abnormal.

If such extenuating circumstances is the case, don't hesitate to pick up the phone and call your medical provider. And if you're having trouble gauging the severity of your baby's symptoms, it's always better to be safe than sorry.