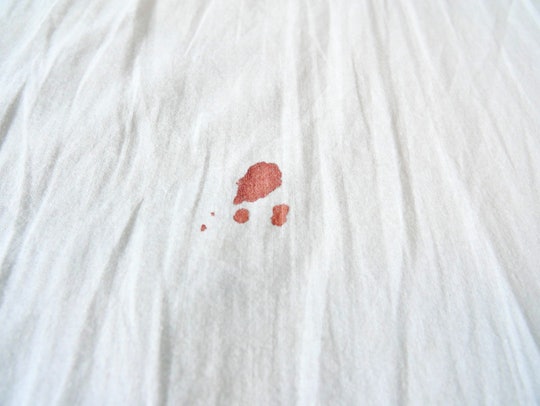 Don’t Freak If You Bleed After Sex

Even well into adulthood, it's common to have questions about sex and everything that goes with it. For instance, is it normal to bleed after sex? It turns out, light spotting is not uncommon for many women.

To get straight to the point, bleeding after sex is not often a cause for concern. According to the Mayo Clinic, pos-sex bleeding is common and may be unrelated to a woman's menstrual cycle. In most cases, the cervix is to thank (or blame?) for this blood. Even when a cervix is in top working condition, the friction and pressure from penetrative sex can lead to some mild bleeding, as further noted by the Mayo Clinic. In these instances, using extra lubrication may help decrease friction and lessen the chance of bleeding.

In some instances, however, bleeding after sex may point to some potential problems. For instance, certain sexually transmitted infections (STIs) may cause spotting. As noted by Very Well, STIs such as chlamydia, gonorrhea, and trichomoniasis may result in bleeding during or after sex. These infections tend to present other symptoms, such as itching, discharge, and irritation of the vaginal area, as further explained by Very Well. If a person is experiencing these symptoms in addition to the spotting, then a trip to the physician for testing may offer treatment options.

In addition to STIs, other medical conditions can lead to postcoital spotting. According to the National Health Service, pelvic inflammatory disease, endometrial polyps, or cervical erosion can all cause bleeding after sex. If you are concerned about these or any other conditions, then it's best to see a doctor for treatment.

But is post sex bleeding a particular concern if you are pregnant? According to the American Pregnancy Association (APA), women in early pregnancy may experience postcoital bleeding because the cervix is extra sensitive at this time. That said, the APA does recommend seeing your doctor if this occurs, in order to prevent further irritation to the area. It's understandable if you want to err on the side of caution during pregnancy.

In most instances, however, a little spotting is not problematic if no other symptoms are present. You can breathe. It's just another normal, if somewhat perplexing, part of having a vagina.

More Like This
Say What's In Your Heart With These Stepmother's Day Quotes
Stepmom Quotes & Sayings For Every Occasion
11 Signs You're Sexually Attracted To Someone, But Not In Love With Them
What To Say To Someone Who Has Lost Their Mom On Mother’s Day