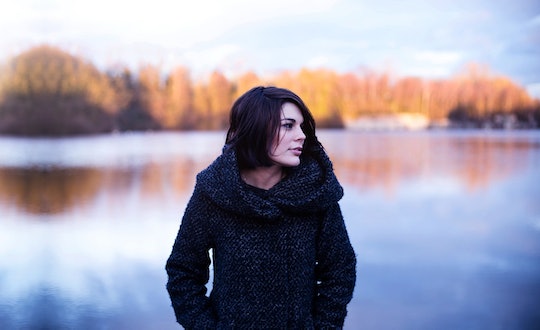 Is It Possible To Get Pregnant After Endometrial Cancer? An Oncologist Explains

Endometrial cancer isn't in any young woman's 10-year plan, and in fact, it's rare among the young. But should you contract this disease, it's important to understand the possible consequences for your ability to have children in the future. Anyone diagnosed with any cancer should raise the question of fertility preservation with their oncologist. If you're wondering is it possible to get pregnant after endometrial cancer, here's what you should know.

Endometrial cancer — also known as uterine cancer — is the most common gynecological cancer, according to the Memorial Sloan Kettering Cancer Center. Uterine cancer is often curable, and the vast majority of cases of uterine or endometrial cancers appear in post-menopausal women, for whom fertility is no longer an issue.

While a hysterectomy is part of the standard treatment for most women, those who wish to protect their ability to become pregnant can proceed with more conservative management, in the hopes of getting pregnant sometime soon. "Hormonal treatment spares fertility," according to Leslie Randall, MD, a gynecologic oncologist with Saddleback Memorial Medical Center, Laguna Hills, California. Hormone treatment also keeps the cancer at bay. The downside is that when women discontinue hormone treatment, the cancer returns. Randall tells Romper that most women end up having a hysterectomy eventually.

According to The Journal of Gynecological Oncology, only 4 percent of women with uterine cancers are under 40. "Young people are less likely to get solid (non-blood) cancers in general," notes Randall. When she sees young people with uterine cancers, they're often linked to obesity, or the hereditary Lynch Syndrome. "Obesity is a significant factor, and it's on the rise, so we see more and more young people with obesity and endometrial cancer." She also notes an association with polycystic ovarian syndrome (PCOS).

It's a sad truth that gynecological cancer presents more risk to fertility than others, which may be managed through chemotherapy (which is itself more or less harmful depending on the drug and the dose prescribed). "These cancers are special because they cause direct damage to the reproductive organ itself," Randall notes, speaking of both cervical and uterine cancers.

"I see millennials who are OK with someone else carrying their baby, and aren't really that attached to their uterus, and I see the exact opposite — people more devastated by the loss of fertility than the diagnosis of cancer. So it just runs the gamut. Everybody's really different in how they respond to that news."

If you're managing endometrial cancer hormonally, you can get pregnant, but there are pros and cons to treatment with progestins. If you've already had a hysterectomy, you can look to other family-building options. For more information, check out Stupid Cancer, Fertile Action, and Livestrong.