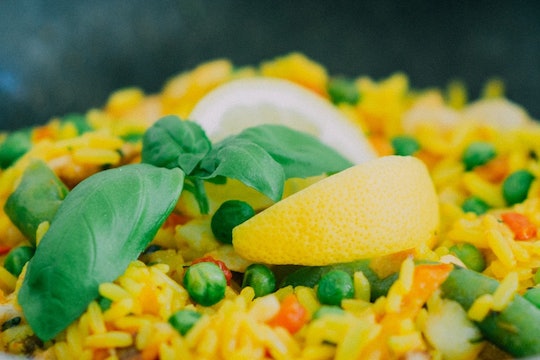 Is It Safe To Eat Trader Joe's Frozen Vegetables? Five Products Were Recalled

So much for eating healthy. After a massive frozen food recall, consumers are now wondering if it's safe to eat Trader Joe’s frozen vegetables. CRF Frozen Foods of Pasco, Washington, has issued a voluntary recall of 358 frozen fruit and vegetable products sold under 42 separate brands, some of which were sold at Trader Joe's. The products may be contaminated with Listeria monocytogenes. While Listeria typically causes high fever, severe headache, stiffness, nausea, abdominal pain, and diarrhea in healthy people, it can cause miscarriages and stillbirths in pregnant women, and can lead to fatal infections in young children, the elderly, and those with weakened immune systems. The Centers for Disease Control and Prevention have identified seven people from three states who were hospitalized due to Listeria infections that may be linked to the products in question.

Trader Joe's has recalled its affected products: Trader Joe’s Organic Peas, Petite Peas, Organic Whole Green Beans, Organic Broccoli Florettes, and Organic Foursome bearing the lot code "BF," which can be returned to any Trader Joe’s for a full refund. All other Trader Joe's products are safe to eat.

The affected products are sold under a number of other names, such as Columbia River Organics, Earth's Pride Organics, Pantry Essentials, and Safeway, to name a few, but Trader Joe's was perhaps the most well-known. The FDA has a full list of the recalled products.

The initial recall was announced on April 22 after Ohio health officials testing random samples of frozen organic peas and corn found positive results for Listeria. A limited recall was issued at that time for 15 products spread over four brands. Operations were suspended at the facility on April 25 so a review could be conducted, and the recall was later expanded to include all products processed in the facility since May 1, 2014. The affected products have "best by" dates or "sell by" dates between April 26, 2016, and April 26, 2018. Consumers can contact CRF's hotline at 844-483-3866, Monday through Friday, 8:00 a.m. to 8:00 p.m. Eastern Time with any questions.

The recall is massive, and it just might be the kick in the pants some shoppers need to finally get in on the "locavore" movement. Frozen vegetables are no doubt the most convenient option for many, but with summer around the corner, there's no better time to start eating more fresh vegetables (perhaps of less questionable origin). Gold star for shopping at Trader Joe's in the first place, but until its freezers are well-stocked again, maybe consider checking out the local farmers' market.