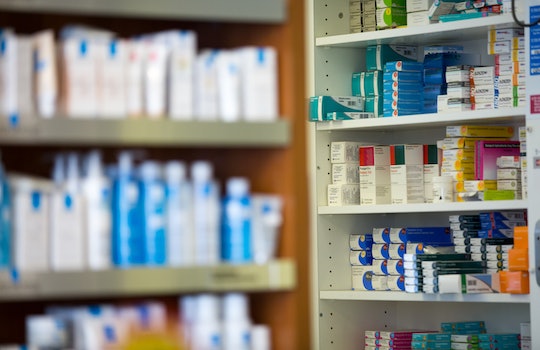 Is It Safe To Give Kids Medicine To Help Them Sleep? It Can Be Deadly

Getting kids to bed can be challenging. Parents will try anything: reading stories, giving incentives, changing dinner time, playing games — but what about drugs? Is it safe to give kids medicine to help them sleep? It may seem like a solution to a problem, but it can be extremely dangerous — even deadly.

One recent story is a warning to parents everywhere about the dangers of medication. Katie Mulkey told the Washington Post that she had been keeping close track of her son Haddix James Mulkey's baby milestones. Like any attentive mother, she knew his first words and his likes and dislikes. It came as a tragic surprise then when he inexplicably and suddenly died before his first birthday. She told ABC News, "I was in complete shock. He was just learning to crawl."

What's also shocking is when he was first pronounced dead, officials told Mulkey that she "might never know what happened," she told the Washington Post. There were no signs of injury or immediately apparent causes of death. Shortly thereafter, however, law enforcement officials notified Mulkey that her babysitter, Lori Conley, had been charged with murder (later reduced to involuntary manslaughter) and child endangerment after administering a lethal dose of Benadryl to her baby. The medication can be purchased over the counter and is recommended for alleviating the symptoms of allergic reactions. It can also cause drowsiness, which is why many use it as a sleep aid. Conley had given baby Haddix an adult dose of Benadryl because she wanted him to sleep. Romper could not reach Conley, and calls to the Reynolds Division of Police regarding her legal representative were not immediately returned.

According to the Columbus Dispatch, Conley, age 43, was arrested last week. She reportedly told investigators that Haddix had been fussy about going to bed. She gave him two adult tablets, and later noticed that he had become unresponsive and would not wake up. She ran outside with Haddix in her arms, calling for help, and a neighbor called 911. Conley attempted to revive the boy on the way to the hospital, but she was not successful. According to a statement released by the Reynoldsburg, Ohio, authorities, "medics transported 8 month old Haddix Mulkey to Children's Hospital where he was ultimately pronounced dead."

Unfortunately, Conley is not the first person to unintentionally cause harm to a child with medication. Giving children drugs to help them sleep is tempting, but this tragedy is a warning about the practice. Despite this devastating loss, Katie Mulkey has been vocal about her story so that more parents can know about the dangers of medications.

According to ABC News, she said, "I want people know the good things about my son. That he loved ice cream and that he had just gotten his first tooth. Parents are supposed to go before their children. My baby went too early." In Haddix's obituary she wrote, "Our beautiful angel Haddix James Mulkey was unexpectedly called home to be the with the Lord on May 13, 2016. In the 8 months we had him, our lives will forever be changed from the joy and love he provided."