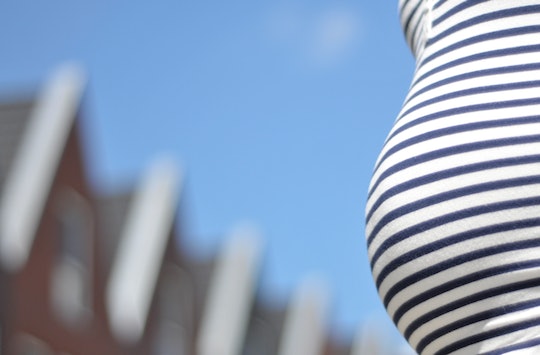 Is It Safe To Have A Baby If You Have Herpes? I Know, Because I Did

One of the most terrifying parts of finding out that I had genital herpes was wondering if I’d ever be able to have a baby. I knew that some STIs could result in infertility, and others could be transmitted to the baby. But I knew virtually nothing about the herpes simplex virus (HSV) when I found out I had it. I wanted to know if it was safe to have a baby if I had herpes. The answer, it turned out, was yes. With some caveats, of course, because having an STI makes some things just a little bit more complicated.

The CDC estimates that somewhere around 1 in 6 Americans have genital herpes, though the numbers could be much higher than that because as many as 87 percent of people who have it are unaware of their infection.

But what this means is that lots of people who have genital herpes also have babies. The fact that it’s so common means that there should be way more information available than there is, but shame and stigma make people reluctant to talk about STIs, including herpes. When I was pregnant, I had a very difficult time finding information about how herpes would affect my pregnancy.

What I discovered is that there are two main things to know: the fact that you’re immunocompromised during pregnancy may affect your infection, and you need to have a plan for what you’ll do if you have an outbreak when you go into labor.

When you’re pregnant, you’re immunocompromised. That’s basically a fancy way of saying that your immune system is in a weakened state. In order to prevent your body from fighting the fetus as an intruder, your immune system becomes weaker during pregnancy. What this means for your pregnancy is that you may experience more frequent outbreaks and symptoms than you do when you’re not pregnant. For me, that was absolutely the case. I worked with my provider to find a dose of medication that would suppress the outbreaks and, while it took a few tries, we eventually did eventually find one.

The other important thing to know about being immunocompromised is that if you contract a new herpes infection while pregnant, this is really, really dangerous. It can be lethal for the fetus, and, in rare cases, the pregnant person. It can also be dangerous for the fetus if you have an outbreak at the time of delivery.

HSV can be passed from parent to child when the baby passes through the birth canal. This is most likely to happen if the parent has an outbreak at the time of delivery. If you are HSV+, you should talk to your provider. Most likely, they’ll do what mine did, and make a note to have a C-section if you have herpes symptoms during labor. If you end up having to have a C-section due to an outbreak, you should still be able to successfully deliver your baby. Thanks to the suppressive medication I was on, I ended up being able to have a vaginal delivery with my baby, and there were no complications from my HSV.

Ultimately, your genital herpes should have minimal impact on your pregnancy. It might be a literal pain in the *ss at times, but if you keep open communication with your provider, you should be able to safely carry (and deliver) a baby.