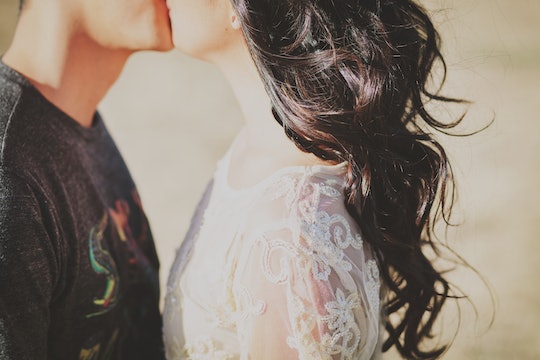 Is It Safe To Have Sex If You've Been Exposed To Zika? You'd Better Stock Up On Condoms

Summer is coming: Hot weather, hot and heavy times ahead, right? Not so fast, all you sweet summer children — the Zika virus could end up being the worst kind of wingwoman over the next few months. In March, the Centers for Disease Control and Prevention issued new guidelines about the Zika virus and sexual transmission — but is it safe to have sex if you've been exposed to Zika? It's a valid concern given the health complications from Zika, which includes the possibility of microcephaly in newborns to the development of Guillain-Barré Syndrome in adults.

What does this mean for summertime sex in a season of Zika? Time to stock up on condoms, folks. Lots and lots of condoms.

Like other sexually transmitted diseases, the virus passes through the exchange of bodily fluids from an infected person to their uninfected partner. The virus is a persistent one: In the same report from the WHO, it noted that RNA shed from the Zika virus has been found in bodily fluids — semen, urine, and even saliva — for as many as 29 days after infection. As with other sexually transmitted diseases, safe sex practices that prevent the transmission of bodily fluids between partners is your best bet, and that recommendation is no different when you're dealing with Zika.

In the first group, sexual partners of pregnant women who could have been exposed to Zika should practice safer sex or abstain from sex entirely for the length of the pregnancy. What's safer sex? Well, it's any sexual activity where bodily fluids aren't exchanged, so, that means using barrier methods such as condoms or getting creative in the sack.

For the other two groups, they are both advised to abstain from sex or practice safer sex for at least eight weeks upon return. If a male shows symptoms of the Zika virus, couples trying to get pregnant should wait an additional six months before trying to conceive. The WHO report also specified that:

To date, all published cases of sexual transmission have been from symptomatic male, whose sexual activities may have occurred before, during or after Zika symptom onset, to their partner.

It is currently not known whether transmission is possible from women or from men who aren't showing symptoms.

Even though the threat of Zika via sexual transmission still looms large this summer, just remember that practicing safer sex will protect you from a lot more than just Zika, too. Bottom line? Glove up just to be safe.