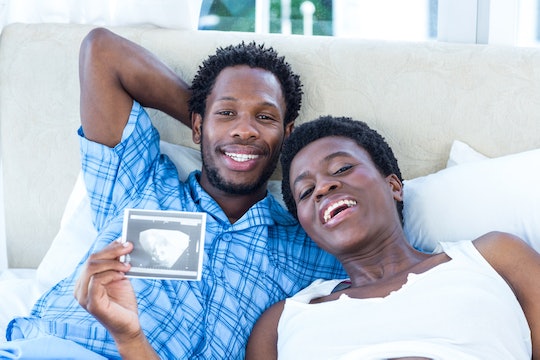 Is It Safe To Have An Ultrasound At Six Weeks? Here’s When To Get Your First Glimpse Of Baby

I remember when I went in for my first ultrasound. I had just found out that I was pregnant, so naturally, I wanted to see the baby! But I didn’t think to ask if six weeks too early to get an ultrasound. So, as a result, I was disappointed to learn that it was a little too early for my doctor to see what she needed to see from my baby. Waiting just a few more weeks would have saved me both the disappointment of not seeing my baby and the extra trip to the doctor’s office.

Without a doubt, ultrasounds are a very important part of a healthy pregnancy. They allow the doctor to monitor the baby’s heartbeat and growth patterns. It also helps them detect if you’re having multiples or whether or not your due date is accurate. But getting an ultrasound too early may end up being less informative than it should be.

With all the excitement that comes with pregnancy, you are probably getting a little bit impatient for your first ultrasound too. In an effort to help others avoid a disappointing trip to the OB-GYN, I spoke to Dr. Jessica Brown, who specializes in infertility and gynecology at Madison Women’s Health and Fertility, to get an expert’s opinion on this important question.

“The short answer is it is safe,” Brown says. Although there are no medical reasons to avoid getting an ultrasound at your healthcare provider’s recommendation, Brown does suggest waiting at least another week unless you have a medical reason to have a sonogram earlier. “Try to wait until around six and a half or seven weeks so that you can really see the heartbeat and make sure everything is fine,” she says, adding that an early sonogram may not show much, sending moms-to-be into a panic. Getting an ultrasound at or before this point can make it tricky for the tech to see everything they need to see to ensure your baby is healthy. Around seven weeks or later, it will be much easier for the doctor to detect your baby’s heartbeat as well as monitor the location of the baby.

But if you really can’t wait — and who can blame you — there is no harm is trying to get an early peek at your future child. Even if it is just a small spec on the screen.