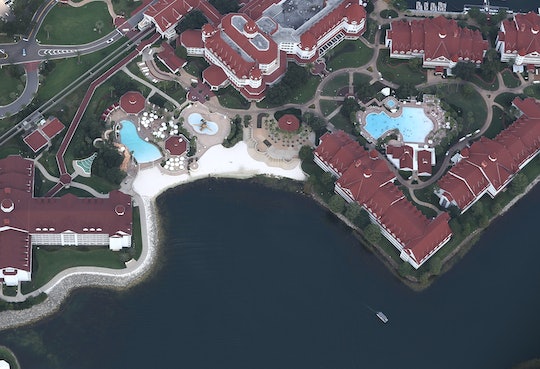 Is It Safe To Swim At Disney World? Parents Are Fearful After Alligator Attack

Late Tuesday evening, the unthinkable happened: an alligator attacked a young boy in the “Happiest Place On Earth” and dragged him beneath the surface of the Seven Seas Lagoon. As a parent — a parent who stood at the edge of that very same lagoon less than six months ago with a toddler of my own — I was horrified. I was distraught, and I was saddened. When they recovered his body 17 hours later, my heart sank. I thought of his parents and his sister; I thought of the unimaginable loss his family must now face. But I also thought about the safety of other Disney guests, and I found myself wondering is it safe to swim at Disney World? Because, let’s face it: many of us go to Disney with the belief that — while within their walls — we are safe.

Update: In a statement to Romper, Jacquee Wahler, Vice President of the Walt Disney World Resort, wrote, "All of our beaches are currently closed, and we are conducting a swift and thorough review of all of our processes and protocols. This includes the number, placement and wording of our signage and warnings."

Many parents believe that the terrors of the world are somehow checked at Disney's gates, but that is just not true. In fact, that mistaken belief could not be less true.

During a press conference, Orange County Sheriff Jerry Demings revealed that there are signs posted around the Seven Seas Lagoon advising guests not to swim in the lake, according to USA Today. While Disney has not said why the signs were erected in the first place, I am willing to bet snakes and alligators were part of reason. In fact, according to Lakefront Florida, all Florida lakes can contain alligators, and thus present a hazard:

All natural Florida lakes contain alligators and snakes. In addition, the majority of natural Florida lakes have dark or stained water limiting visibility. Alligators and snakes depend upon the ability to ambush prey to survive. Because of this and because they generally wish to avoid human contact...[however] there definitely have been people attacked and killed by alligators in Florida. Alligators are very fond of eating small animals like dogs and cats. Small children should not swim alone or be left unattended on the shore of a large Florida lake.

As a girl who grew up in Florida, I always knew to avoid the edge of any body of murky water. (In fact, in Florida it was normal to know these things: you didn’t play with fire, you always took cover during lightning storms — or dropped to the ground if you were caught outside — and you avoided alligator hot spots. Plain and simple.) But most visitors to the Sunshine State, and most Disney tourists, do not know this. In fact, even I — a born and bred Floridian — let my 2-year-old stand at the edge of the Seven Seas Lagoon earlier this year. I let her stand along the same waters Lane Graves did because somehow I thought the rules and warnings I grew up knowing didn’t apply in Disney. For some reason I believed I was safe.

I was in a bubble, protected by happiness and magic and an anthropomorphic mouse.

But the truth is nature doesn't give a damn whether a lake is manmade or whether it resides in the Everglades — where everyone expects to find gators — or just off of Main Street U.S.A. Because nature is unpredictable and it knows no bounds.

I hate the fact that a family lost their child. I hate that fact that it took a senseless tragedy to remind me of this, and to open my own eyes, but let us use this as a reminder that, while traveling, humans are the only things that pose a danger to us. When parents travel to a new place, that might mean being mindful of the local wildlife as well as any other threats to safety. I'm by no means blaming the Graves or saying they could've prevented the tragedy by researching alligators before their trip, but other parents can find some kind of comfort or hope in knowledge of their surroundings and the wildlife that includes.